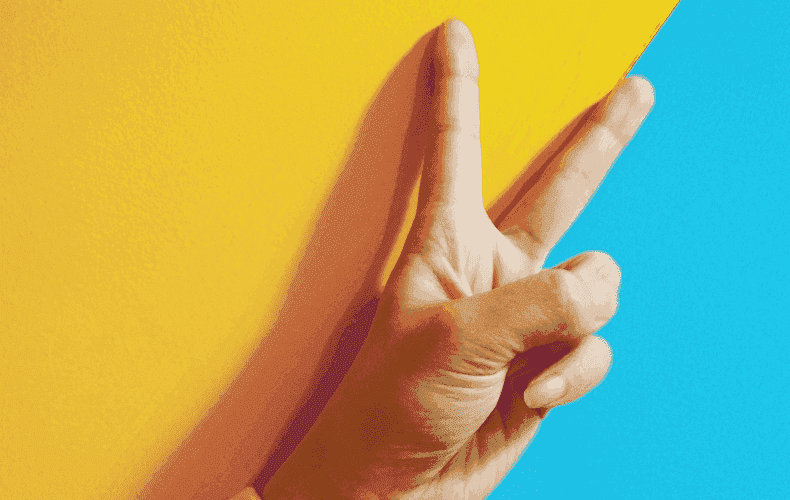 Whenever Ukraine finds itself in the headlines of world news due to political scandals, or because of the actions or inaction of our politicians, I wonder why. Why having such a rich soil, abundant natural resources, talented people, and favorable conditions, we can't make a breakthrough and finally start a Ukrainian economic miracle?

Why are we able to unite when things are bad and can't bring the case to an end? Why do we allow petty quarrels to ruin all our efforts? Why are Ukrainians thought of in the international community as dodgy people who can never get enough and disrespect laws and agreements? What other social tsunami needs to happen for us to begin real changes, get rid of corruption, carry out reforms, and use the chance given to us by Maidan in 2014. What's wrong with us?

When speaking with foreign partners, I often hear that we are not that unique and wonderful people. That we don't know how to unite and act together without finding out who will be in charge and get more benefits. Each time the pre-election race begins there is a mass of new parties, but no strong union. As soon as some politicians unite, there are predictions about an approaching strife and, eventually, collapse of the union. If we take an example from sports, we have world stars in individulal sports like boxing, swimming, and gymnastics, but we perfrom so badly in team sports.

For all these questions everyone here has their own answer, their own truth. It seems to be interesting to try explaining the peculiarities of Ukrainian mentality with the help of basic archetypes, such as heart, Cossack, mother, freedom, equality, identity, etc., that underlie Ukrainian national consciousness.

In our anthem there are the lines "Souls and bodies we'll lay down, for the call for our freedom. And we'll show that we, brothers, are of the Cossack nation!" These lines contain several archetypes at once that are central to the Ukrainian mentality. Cossacks, freedom, soul, equality, brotherhood. Cossack is a knight, a free warrior for whom values are not the authority of power, but freedom, native land, faith, soul, mother. As early as the seventeenth century, the French cartographer Guillaume Le Vasseur de Beauplan worked in Ukraine and noted in his "Statement of Ukraine" that "Ukrainians value freedom for all, without which they cannot live..."

While for law-abiding Europeans freedom is life within the law, for Ukrainians the laws imposed from outside are not restrictive. And it is not about crimes or anarchy. It's about the fact that the law, even the right one, always has many opponents in Ukraine. Because, for centuries, the ruling authorities imposed laws that, to put it mildly, did not meet the interests of ordinary people. Therefore, there's disbelief in any authority and desire not to depend on external factors, but on their own strengths solely. It is due to the fact that most Ukrainians are individualists, locked in a small circle of their relatives and friends. They are concerned with their own problems and are in no hurry to solve the problems of society. For Ukrainians, our priority is our immediate environment. Others are alien, which can be used and, if necessary, manipulated. But in difficult times all the others become akin, and another archetype of the Ukrainian mentality is manifested--cordocentrism, predominance of emotions of the heart over the calculation of reason.

Ukrainian individualism manifests itself in the rejection of official authority, in the reluctance to know what is happening in politics. Therefore, power is not sacred, and the law is not a hard constraint. Every Ukrainian is sure that he can be a prosecutor, a president and a member of parliament because they are not better than him. For Ukrainians freedom can only be without restrictions, authorities, laws--without all that restricts individuality. Apparently, this trait is the reason for the inability of Ukrainians to stick together and their desire to always get the most benefit.

In his recent lecture, Gustav Vodichka, a Ukrainian writer, playwright and historian, said that the roots of the Ukrainian nation are "the spirit of reproduction, gourmandism, healthy sleep and easy work." In other words, cordiality (love), hedonism (coupled with assiduity, because to make a good meal you need to work), placid conscience and ability to enjoy life (to keep the work-life balance). This is a wonderful mixture, flavored by our wise irony as a way of cognition. As Vodichka says, "while there is an irony, there will be this place of freedom that we will offer the whole world--and this is our currency."

Finding answers in the traits of the Ukrainian mentality is not an attempt to justify or relieve responsibility from oneself. But it is worth knowing, understanding and counteracting where our mentality contradicts the ethical values of society or is hindering development. If today we live in an era of constant change, then why do not we begin to change what has been formed for centuries, but, after all, is not unchangeable? It's up to us.

With such a strong currency as freedom, by adding the ethical principles of cooperation and interaction, the ability to play in the team, honesty towards ourselves and our partners, we will achieve much more all together and for each individually. After all, we have a famous proverb saying that together it is easier even to beat the father. However, is it better to use teamwork capabilities for more useful and meaningful affairs for everyone and for the whole country. Or do we not know that we should treat others as we want to be treated ourselves? All these truths have been known for a long time, and we know exactly how to do it correctly. After all, the most irresistible force is the combination of efforts and trust that should be at the basic level of all our partnerships both inside the country and beyond.