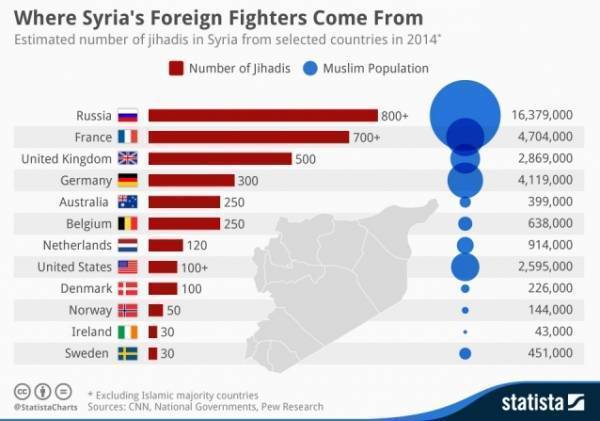 Acording to CNN estimations up to 11,000 foreigners have travelled to Syria to take up arms agains Bashar Al Assad's government. When Islamic majority countries aren't taken into account, then the vast majority of these come from Russia, unsurprising given its large Muslim population. Substantial numbers of fighters have also come from France, the United Kingdom and Germany - some 700, 500 and 300 respectively. Over 100 fighers have also travelled to Syria from the United States.

Fox News quoted Matthew Olsen, the outgoing director of the National Counterterrorism Center, who said last week that there are 12,000 foreign fighters in Syria - a significant jump from previous estimates, indicating a "greater and more complex" threat than in recent years.
Speaking last week at the annual Aspen Security Forum in Colorado, Olsen said there are now 5,000 more fighters on the ground than in January. Of them, more than 1,000 are from Europe and more than 100 are from the U.S., he said.

While Olsen has been warning about the threat posed by radicalized young Muslims with western passports who have traveled to Syria to fight President Bashar al-Assad's regime for years, he said the current threat was more complex than it had been. He also said that Al Qaeda's core has identified Syria "as the place to go".
The Islamic State's brutal murders of American journalists James Foley and Steven Sotloff by a man who spoke with a British accent have drawn more attention to foreign fighters in Syria. Though it isn't certain both videos were recorded in Syria, the man dubbed "Jihadi John" is probably just one of up to 500 Britons fighting there. 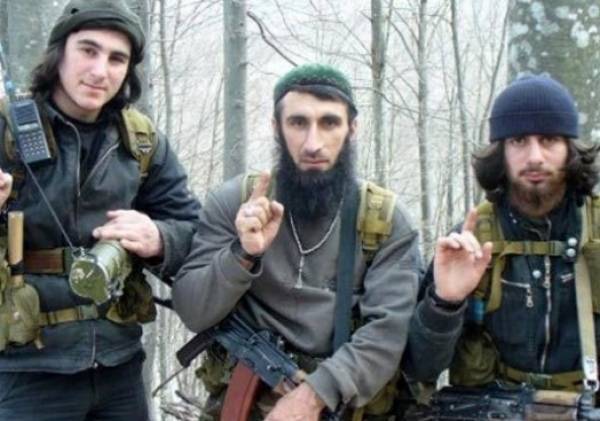 conflict. Fighters include those from the Gulf Arab states, Tunisia (following its own Tunisian revolution), Libya (following the similar Libyan Civil War), Bosnia, China, other Arab states, Russia's Chechnya and North Caucasus region, Western countries (despite warnings of radicalism from those governments). The conflict has taken on a largely sectarian bent with foreign Sunnis fighting for the opposition, while foreign Shias fight for the government. Estimates of the total number of foreign Sunnis who have fought for the rebels over the course of the conflict range from 5,000 to over 12,000, while foreign Shia fighters are thought to number around 10,000 at the most. Over 600 foreign fighters were killed in the first half of 2013 alone.