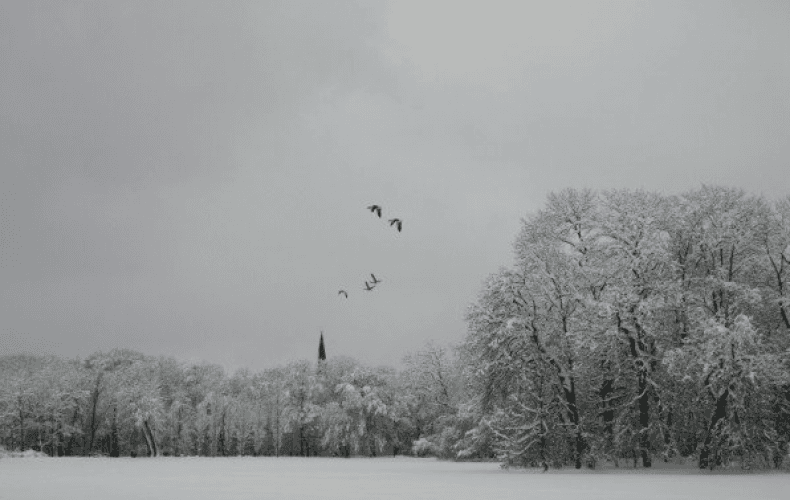 The past week has certainly been rough on people across much of eastern North America. The Weather Network reported on Nov. 13 that "Toronto, Hamilton, and Ottawa airports all set new record lows Wednesday morning, as temperatures dipped into the minus teens, blasting past records set in 1986. New records were also set in Peterborough, Brantford, Barrie, Windsor, and Sarnia, among others."

It was the same over most of the eastern United States. Weather.com reported that over 400 daily cold records were set since the cold flowed into the continental US on Sunday. They also noted that it has already become colder in the Deep South than at any time observed there last winter.

All this is just a warning of what is yet to come this winter, according to the Farmers' Almanac which provides long-range weather predictions for both Canada and the U.S. The Almanac bases their predictions on more than two centuries of experience in meteorology, climatology and mathematical models.

The managing editor of Almanac Version 1 (founded 1792) summed it up: "We're using a very strong four-letter word to describe this winter, which is C-O-L-D. It's going to be very cold."

Version 2 of the Almanac (founded 1818) agrees. "We expect yet another wild ride this winter," editor Peter Geiger said, "with extreme temperatures swings and some hefty snowfalls."

The coming winter is described by version 2 as a "polar coaster" for about 70% of the US.

According to the Almanac, which has been reliable in recent winter forecasts, the Northern (U.S.) Plains and Great Lakes area could expect temperatures dropping to -40 degrees C.

Yet the National Aeronautics and Space Administration's climate body (Goddard Institute for Space Studies (GISS)) and the National Oceanic and Atmospheric Administration (NOAA) predict that the 2019-2020 winter will be warmer than usual. NOAA wrote on October 17th, "Warmer-than-average temperatures are forecast for much of the U.S. this winter... below-average temperatures are not favored."

So, who should we believe, the cold winter predicted by the Farmers' Almanac or the mild one forecast by GISS and NOAA?

The problem with any prognostications from GISS and NOAA is that they are government bodies still controlled by entrenched bureaucrats appointed during previous administrations, all of whom promoted the politically-correct man-made climate change hypothesis. Consequently, warming or cooling, droughts or floods, it makes no difference. They will work to find every way possible to convince the public of the dangerous warming to come.

By contrast, the Farmers' Almanac has a track record of accuracy and honesty in climate forecasting so farmers have long depended on the skill and accuracy of its seasonal forecasts. These forecasts have to be right.  If they are not, farmers who depend on it could suffer significant financial losses and the Almanac would lose financial support from buyers and advertisers. Consequently, the Farmers' Almanac cannot afford to entertain any political bias whatsoever.

Quite different to the Almanac, GISS and NOAA face no significant consequences for inaccurate or fabricated science and forecasts. Those who put their faith in GISS/NOAA forecasts certainly do however. For example, the state of Illinois is preparing for global warming by putting the few obsolete snowplows they have into storage based on the NOAA's mild weather prediction, while both Almanacs project Illinois to have part of the state "frigid and snowy" and the other part "frozen and snowy".

So far this year, the Almanacs have been right on target.

The reason for the present and coming cold is of course a weak Sun. Recent research indicates that the Sun is the primary climate controller. This is a serious concern since we are approaching a super grand solar minimum when all the cycles of the Sun are expected to hit rock bottom about mid-century.

It's not going to be like Hollywood disaster films of ice ages in New York City, but it's going to be cold, with consequences for water, electric power, transportation, and agricultural infrastructure.

Rather than waste billions of dollars trying to control climate, we need to prepare for the extreme low temperatures that nature will likely be throwing at us in the decades to come.

Dr. Joel Glass is an engineer, based in Finland, working in the field of water infrastructure for ultra-cold climate environments. He is the author of ICE AGE 2025. Tom Harris is Executive Director of the Ottawa-based International Climate Science Coalition. 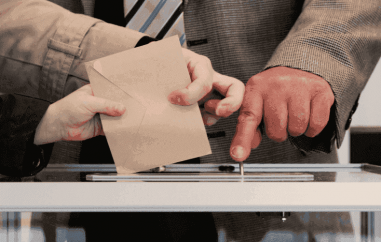 HIV/AIDS has had a devastating impact on the socio-economic growth of the world in the last three decades, leading to the...