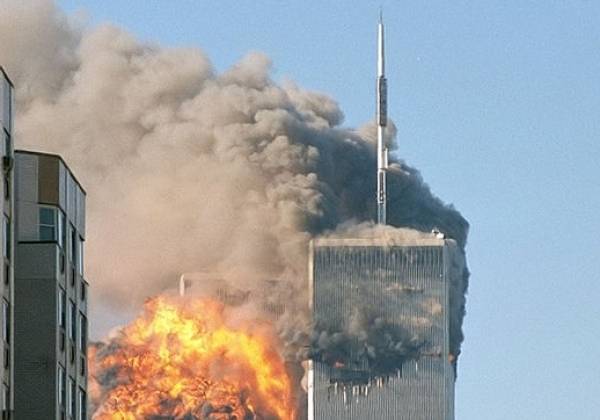 Each year the date 9/11 has held a prominent place in people's memory-not only for Americans, but for many around the world. It is a very negative and sad memory, although there are those, who revel in its political symbolism. Most years, including last year's 10 year anniversary of the terrorist attacks in 2001 were marked with nothing more than a solemn memory, as well as a few flags flying at half mast. This year was decidedly different. After a YouTube video depicting scenes from a bigoted film about Islam and its prophet Muhammad was discovered by Egyptian media, widespread rioting resulted. But rather than a protest gone wrong due to a natural escalation of events, there are several factors which may indicate instigation.
The amateur film was produced/directed under the pseudonym "Sam Bacile", and was never fully shown to the public except at a very small California theater. Two showings of a film called "the Innocence of Bin Laden", which likely constitutes a full version of the film, were shown in a small independent cinema, but were sparsely attended. Furthermore, a YouTube trailer showing selected scenes was uploaded on the 1st of July and the Egyptian Islamist news channel Al-Nas TV showed it on the 8th of September, though the protests did not start until the 11th. Furthermore, the protests escalated extremely quickly, and resulted in the deaths of several embassy as well as security personnel within hours due to bombardments of the American State Department buildings in both Egypt and Libya, rather than a direct confrontation gone wrong.
The films producer was tracked down to a man living in California, Nakoula Basseley Nakoula, who himself is an Egyptian, and a member of the Coptic Christian faith. The man was only released from prison this year due to a 2010 conviction for bank fraud. Even the actors hired have publicly distanced themselves from the production, claiming to have been hired under false pretenses for a historical, and not religious film. Their statement is supported by the dubbing of the film, where the worst "insults" for the Islamic faith were later added for the Arabic dubbing, and were not a part of the original film material.
Furthermore the geographical spread of the incidents is also suspect. Egypt was not the only nation where the unrealistically violent protests were to take place, as Libya experienced similar upheavals on the same day. Not only were both of these actions three days after the airing in Egypt, but also took place at the same time.
While the US embassies around the world have increased security levels, other nations have also had to deal with the misdirected aggression, as in Sudan the British and German embassies were attacked, without resulting in any deaths. The US consulate in Berlin also cited a potential threat after an employee reported feeling ill after handling passports, although the police investigating were unable to find any traces of poison, meaning it was more likely due to illness and not a coordinated attack, as was briefly feared.
In other developments, both Libya and Egypt have been host to counter-demonstrations, where locals of all ages and sexes offered condolences for the deceased, condemned the violence and showed support for the American aid which helped the country through its recent political transition. Also the Egyptian president and Muslim Brotherhood offered their condolences and condemned the violence in official statements, while the Muslim Brotherhoods Arabic Twitter feed called for a continuance of the protests. This was picked up by the American embassy, which of course does not only monitor English language posts and information.
More recently, the protests have also widened to other Islamic countries as well as Australia. There has been rioting and extreme violence directed at officials and Westerners.
A form of psychological explanation has been offered that people raised under a tyrannical dictatorship associate democracy with the voting process, while not fully understanding the concept of free speech. To some, the idea that a film could be produced without a form of rubber stamp of approval by government censors is unimaginable. These are generally also the people claiming America to be the cause of these problems and consider it a message directly from the White House. But these are not people who are informed of global events. They are not the ones coordinating across protests, organizations and attacks across multiple countries.
This leaves us with many difficult questions as well as an increasingly escalating situation, based off a very unlikely chain of events. Why it was particularly this video, which drew notably little attention in the West and was rightfully disregarded by most as extremist propaganda, still caused the massive religious uprising around the world, rather than any of the plethora of disgusting and politically incorrect files floating across the Internet, also presents a mystery in itself.