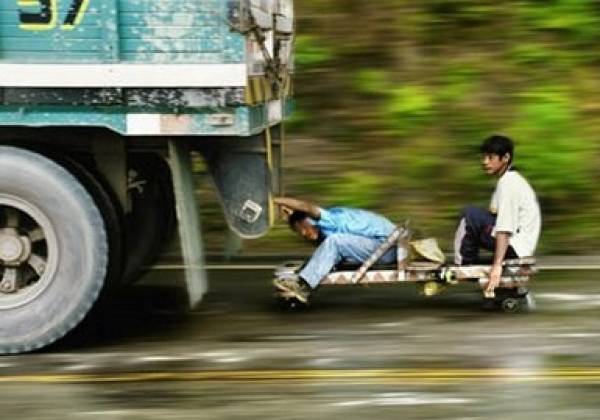 What comes to mind first when you think of game theory?

Well, believe it or not, the versatility of game theory has found its way in a recent cancer biology study!

One of the key purposes of its invention was to study strategic decision-making by two players such that both incur minimal losses in a game played by them.

Cancer, needless to say is ubiquitous throughout the world and is one of the most widely studied of all diseases.

Although researchers have been using several state-of-the-art techniques to understand the biological mechanism this fatal disease, yet there are several aspects of cancer that are still elusive even to the well-trained eye. One of these is a competition for survival between different clones of the tumor cells.

The presence of heterogeneity among cells in a tumor poses a challenge as to how to target such variations with drugs.

However, it is an open question as to what maintains the heterogeneity despite the well-known fact that in the competition between different sub-clones of cancer cells for space and resources, only the fittest can survive. This intriguing phenomenon has been the cause of several medical therapy failures targeting tumor growth.

Interestingly, new research from the team of Dr. Gerhard Christofori, Professor at the Department of Biomedicine of the University of Basel, has implemented a rarely used technique- game theory to explain 'social interactions' between cancer cells.

The lead author of the current study Dr. Marco Archetti, a game theorist and biologist himself, says that his unusual background provided him with a motivation to use a game theory approach in understanding the evolutionary biology of cancer cells.

Biologically, a cell produces molecules known as 'growth factors' to promote its own growth. Tumor cells are no exception to the rule and produce growth factors too.

On the other hand, there are clones of tumor cells that actually do not produce any growth factors of their own but still proliferate using the growth factors from their neighboring cells. Then logic dictates that the cooperative production of growth factors by tumor cells should be destroyed and even the free loaders should not be able to survive!

Yet, heterogeneity within a tumor still exists. How is it possible?

In answering this question, the scientists in this study point out that within bacterial cell populations, heterogeneity can exist if in a way, the sub-clonal cells are inter-dependent on each other for survival.

In other words, if there is a defective cell (free loaders) and is unable to produce growth factors due to a mutation, the cell simply survives by free riding on the growth factors from co-operative neighboring cells (producer cells). Although this is not a strict case of inter-dependence, yet the sub-clone would be expected to have increased fitness and would therefore dominate over the other defective clones.

For the first time, Dr. Archetti and his colleagues have demonstrated a similar survival strategy for the cancer cells using a mathematical model from game theory of evolution. Dr. Archetti reports that, "We have shown that cancer cells cooperate with each other by sharing growth factors. These growth factors diffuse around the cells that produce them, so they can also be used by other cancer cells."

Using a model called Public Goods Game, commonly applied in economics in order to analyze the imbalance in the supply of goods, the researchers looked at long-term equilibrium effects of co-operation between the producer cells and the free loaders. Their model predicts that the 'social interaction' between these cells is stable over time.

The authors have verified their theoretical predictions by performing experiments on pancreatic cancer cells.

In future, Dr. Archetti says, "What remains to be seen is whether the same dynamics occur in vivo. Our experiments were only in vitro. The most promising and exciting perspective is to try and apply this knowledge to make a tumor collapse by disrupting the cooperative interactions between the cancer cells."

But for now, we can hope that in future, investigations based on critical insights from this study can beat cancer at its own game of clones.