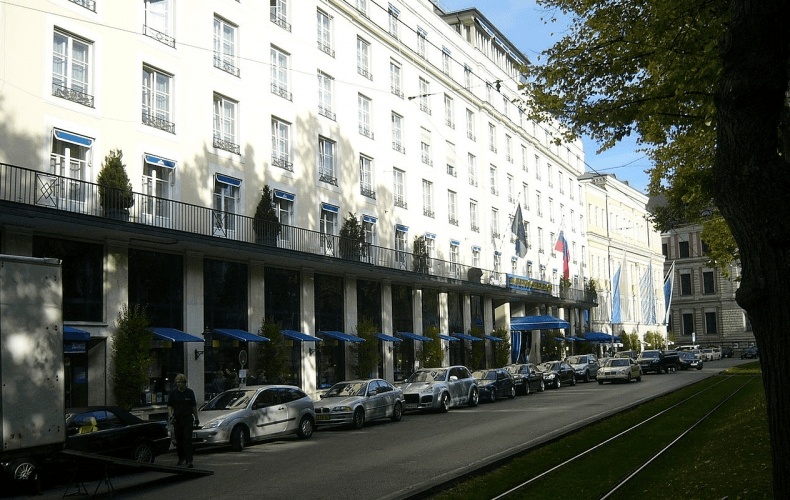 When politicians from all over the world come to Munich for the security conference next weekend, around 3,900 police officers from Bavaria and eight federal states will be deployed. Their main task is to protect the high-ranking guests: 18 heads of government, 18 heads of state and 91 ministers are expected to attend the conference at the Hotel Bayerischer Hof in Munich's city centre. The police do not anticipate a specific risk situation or major disruptions in advance. Nevertheless, there are restrictions and traffic diversions in the following areas:

Traffic congestion between the airport and the city

The police organize numerous pilot trips between Munich Airport and the city area. Starting today, there will always be short-term traffic disruptions along these routes.

Parking bans in the city center

Numerous additional stopping bans have been set up in the city center, which must be strictly followed. Vehicles parked there will be towed away immediately. The police advise visitors to downtown Munich to use public transport at the weekend. Gully covers have been freshly sealed around the conference hotel.

There are also nine rallies that are directed against the conference. "Fridays for Future" has registered a meeting with 200 participants for Friday afternoon, which, however, should not have any direct connection to the security conference. A new alliance "No security in these conditions" has called for a demonstration on Friday evening, which should begin at Gärtnerplatz.

4,000 participants registered for the central counter-demonstration of the action alliance "Against the NATO Security Conference" on Saturday.

The opening rally will take place at 1 p.m. on Karlsplatz (Stachus). The campaign alliance then moves between 2 and 2.30 p.m. on the following route through Munich city center:

The final event at Marienplatz will take place between 2:30 p.m. and 5 p.m.

In addition, the organizers are planning a chain of people with around 600 participants through the Munich pedestrian zone from Karlsplatz (Stachus) to Marienplatz.

The following stops will not apply during this time: Central Station (Bahnhofplatz), Karlsplatz Nord, Lenbachplatz, Theatinerstraße, Nationaltheater and Kammerspiele.

Replacement traffic cannot be offered due to road closures. At Karlsplatz (Stachus) the trains stop at Sonnenstraße (e.g. lines 16-18), at Maxmonument stop at the Rondell (like line 16).

Airspace blocked over the city center - also for drones

During the period of the security conference from Friday, 7 a.m. to Sunday, 7 p.m., airspace is blocked as well. During this period, the Federal Ministry of Transport and Digital Infrastructure has an absolute flight restriction above the city center, which also applies to drones. The Munich police force will closely monitor the airspace.

For more information the citizens' phone of the Munich police is available around the clock for the duration of the conference at the following phone number: 089/2910-1919