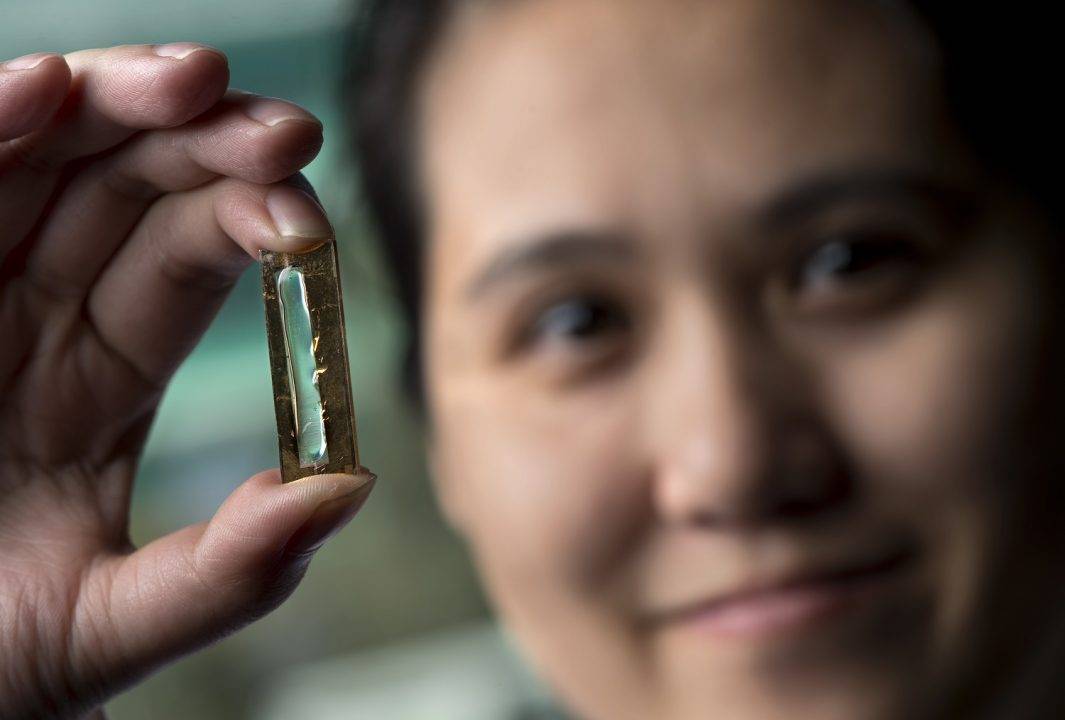 Who wouldn't want a slim phone that stays charged for days and holds its capacity for years?

Beyond consumer electronics, from electric cars to solar and wind power plants, many other technologies are being held back by bulky and short-lived batteries.

However, a few major hurdles are still in the way. For one, these futuristic devices are very fragile and unreliable.

But, thanks to a recent study by Mya Le Thai---a doctoral candidate in the lab of Prof. Reginald Penner at UC Irvine--there is now a promising way to make them last virtually a lifetime.

At its core, a battery uses chemical reactions to transfer electricity between pieces of conductor material, the electrodes, and an electrolytic solution (essentially, a liquid with salts dissolved in it).

Instead of electrodes, nanowire batteries use thousands of wires, each tens of times thinner than spider silk, providing a whole lot of surface for the reactions within a slim battery. "The main advantage of nanowires for energy storage is the tremendous surface area: volume ratio which enables very high power (aka current) to be obtained," Penner says.

But, he adds the power comes at a cost: "the ultra-high surface area also amplifies the effect of any chemical processes that erode the nanowire surface."

Indeed, the chemical reactions that give the battery its power also slowly consume the electrodes.

As a result, the battery can cycle through being discharged and recharged only so many times (usually a few hundred) before losing significant capacity. That's why, for example, phones hold less and less charge as they age.

For nanowires it's even worse: not only they are more exposed to corrosion, but the electricity passing back and forth also stresses the wires more than it does electrodes. So, after a few thousand cycles, weary and corroded, they brittle and fracture. And when that happens, the battery is gone for good.

Thai was working on oxide-coated gold nanowires for capacitors, devices similar to batteries with two "plus" sides, that store charge without chemical reactions, and can quickly cycle between charge and discharge.

To her---and everyone else's---surprise, these nanowires lasted hundreds of times longer than normal.

As Penner recounts, "We were both blown away when she started to cycle these new devices and they didn't show capacity fade after 10,000 cycles, then 20,000, and finally (weeks later) 100,000 cycles. She turned off the cycling at that point, even though the capacitors often had not shown any capacity fade. I wish we had planned this!"

The discovery was reported in a paper published on ACS Energy Letters.

The key, it seems, was using a gel instead a liquid electrolytic solution, even though the scientists admit they don't quite know how this works.

They say the gel could alleviate mechanical stress on the wires and prevent corrosion: "We believe it does both," Penner says, "the gel softens or plasticizes the coating, preventing it from fracturing, but it also seems to forestall corrosion by a mechanism that we do not yet understand."

According to Penner, a lot of work is still needed to evaluate the feasibility of nanowire batteries. Above all, it's not clear how to properly connect the multitude of tiny wires to the "plus" and "minus" ends of the battery. Coating gold wires as they did, he says, works in the lab but would not for commercialization.

Nonetheless, the study shows that nanowires can actually be the way to amazing lightweight, long-lasting batteries!