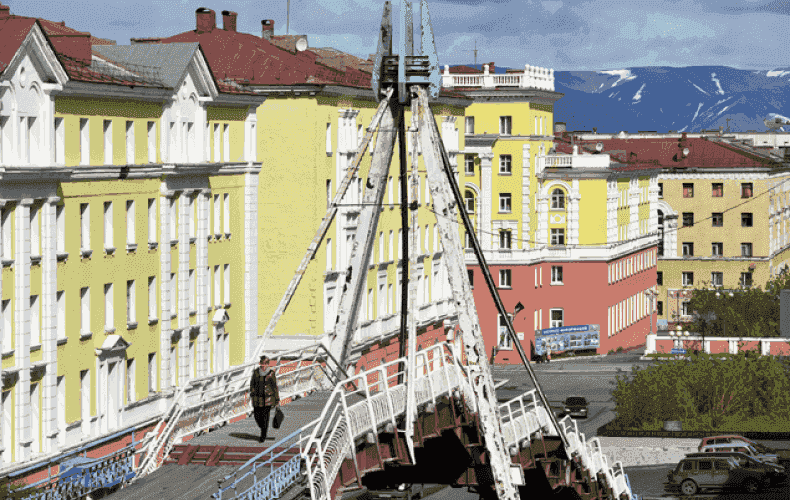 Polar Norilsk has joined a Russian ecological marathon called "Zero Impact on the Environment", the main goal of which is to draw attention to environmental issues. As a demonstration of real actions and participation in this event, two metallurgical plants in Norilsk suspended the work of converters and smelting furnaces for an hour.

For several years, Norilsk City, located in the Krasnoyarsk region of Russia, has been considered one of the most polluted cities in the world due to nickel plants and emissions. Today, it sets an ambitious and feasible objective to become greener. After shutting down one of the plants in Nickel City in 2016 the air quickly improved. The next objective is to reduce emissions from the existing industrial facilities by 75%.

Nornickel, the Russian nickel and palladium smelting and mining company, which has plants in Norilsk City, continues to invest cosmic sums in order to change the ecological situation. Shutting down the nickel plant is the first step of this huge modernization and the reconstruction of the rest of the industrial facilities is the second big step. Now, when the winter season is over, the modernization of the pipeline and cleaning of the territory of the Nadezhda metallurgical plant are going further. This is the third big step towards a greener future.

Unfortunately, ecological issues were not taken into consideration in Soviet times, when most of the industrial facilities were built. One of the consequent issues is ore leakage, which leads to soil pollution and affects the Daldykan River every year during the snow melting season. As a result, the color of the river waters gains a reddish tinge, which has inevitably led to an explosion of negative protests in social media.

So, Russia has to pay the price of USSR activities today. More than $30M were invested in the past two years for replacement of pipelines and cleaning of neighborhood territories. Future plans include construction of an anti-filtration system, which will prevent leakage and pollution. Another measure to prevent pollution of the Daldykan River is the installation of the new "Pipeline B-2" aimed at eliminating emissions and unauthorized discharges of polluted water.

Another dramatic effect of the bad ecology in the city is a smell of gas in the air, which locals have had no choice but to get used to. Those closest to the city copper plant have already modernized the evacuation scheme of exhaust gases. Furthermore, the city acquired so-called mobile eco-labs, which constantly monitor the level of gas in the air. Even the slightest gas contamination changes are reported immediately to the facility in charge of these emissions and the facility takes prompt actions to effect a complete stop of production or decrease of its volume.

"We are also planning the construction of plants for utilization of sulfur dioxide-rich gases as well as modernization of sulfur dioxide capture capacities at the copper plant to produce elemental sulfur," said Deputy Director and Chief Engineer of Nornickel Aleksey Devochkin in relation to the global ecological project called the "Sulfur Project".

All changes will cost the city at least $2.5B according to the preliminary calculations and this sum has arisen in consideration of $385K for environmental projects sponsored by Nornickel annually.

Perhaps we will hear about Norilsk in the near future as the most modernized city in a record-short time period.