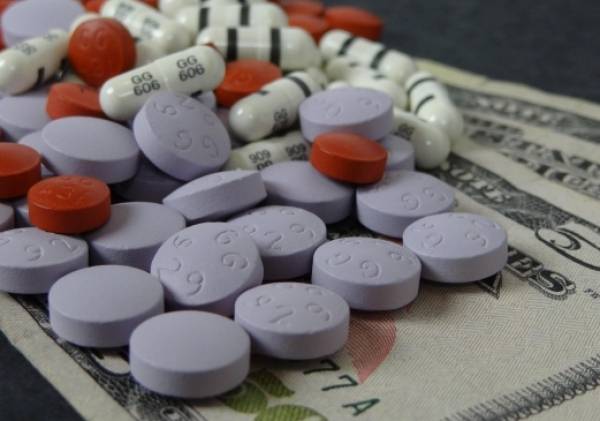 The increasing cost of health care in the USA is an ongoing concern with unpaid medical bills listed as the No.1 cause of personal bankruptcy by a 2014 Nerd Wallet report.

In their article in the journal Mayo Clinic Proceedings, Hagop Kantarjian, M.D., and his collogue S. Vincent Rajkumar, M.D., of the MD Anderson Cancer Center, discussed the rising cost of cancer drugs and unaffordability even for patients with private health insurance.

The government does not control drug pricing in the US. It is determined by what Pharmaceutical companies deem the market will bear.

The majority of European countries use legislated pricing rules.

The result of an unregulated pricing system is that Americans pay 50% to 100% more for the same cancer drug than patients in other countries.

Dr. Kantarjian reported that with the out-of-pocket expenses ranging from about twenty to thirty percent, the cost of a drug in the United States would be nearly twenty to thirty thousand dollars.

This almost amounts to half the mean annual income as of 2013. Pharmaceutical companies justify high price with 4 arguments: (1) high cost of research and development, (2) comparative benefits to patients, (3) market forces will settle prices to reasonable levels, and (4) controlling prices stifles innovation.

"However, five approved drugs do not mean there is competition. Typically, each drug is used sequentially or in combination, so that each new drug represents a monopoly with exclusivity granted by patent protection for many years." explained Dr. Kantarjian.

Cancer drugs for the most part are not operating under a free market economy.

Research costs are also shown to be as low as 10% of the cited $1 billion figure and thus not a contributing factor to high prices.

Dr. Kantarjian stated that another contributing factor to the high cost of cancer drugs includes legislation that prevents Medicare from negotiating drug prices and the lack of a value based pricing structure that ties the cost of a drug to its relative effectiveness or survival benefit.

Europeans are not exempt from this dilemma.

In a report by the WHO, concern is raised about the rising health cost across European countries and cancer drugs prices are listed as one of the areas of concern.
Like in the US, the release of a new drug also results in a higher launch price that is unrelated to the magnitude of expected health benefits (Howard et al., Journal of Economic Perspectives, 2015).

New drugs driving up the cost, caused cancer treatment to double over the last 10 year without improving the survival rate.

Of the 12 drugs approved by FDA in the US in 2012, the treatment cost for nine were more than US$ 10,000 per month and only three prolonged survival, two by less than two months.

The WHO report states that the dramatic increase in drug prices is projected to be unsustainable, if regulated by pharmaceutical companies.

Drs. Kantarjian and Rajkumar recommend a set of potential solutions for the U.S. to help control and reduce the high cost of cancer drugs.

A discussion of their recommendations can be found in their article.

For Europe, the WHO recommendations to control unsustainable increase are: clinical guide lines for appropriate use of medicine, enhancing the use of generics, limiting the use of particularly expensive drugs, collaborative and transparent policy-making, cooperation between stakeholders to determine a balance between fair reward for innovation while maintaining access and affordability for patients.

Is there hope for change?

Extensive discussion worldwide around the rising cost of healthcare is most definitely bringing to light the severity of the problem.

The strongest advocate however, would be patients demanding more affordable treatment.