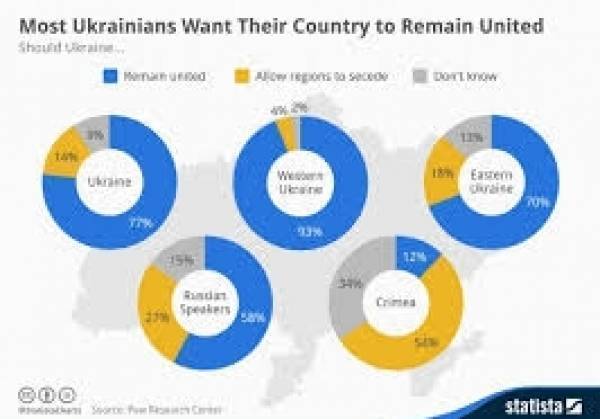 According to a survey conducted by the Pew Research Center and published by Statista, the Statistics portal, an overwhelming majority of Ukrainians want their country to remain a single state. Across Ukraine as a whole, 77 percent of respondents indicated that the state should remain united with just 14 percent wanting regions to secede.

In the western part of Ukraine, 93 percent of people were in favour of remaining united with this dropping to 70 percent in the troubled east of the country. Interestingly, the majority of Russian speakers, some 58 percent, arealso in favor of Ukraine remaining a single state. In the wake of Crimea's annexation by Russia, just 12 percent of people on the Crimean peninsula said they would like to see Ukraine maintain its current borders with 54 percent wanting regions to secede.