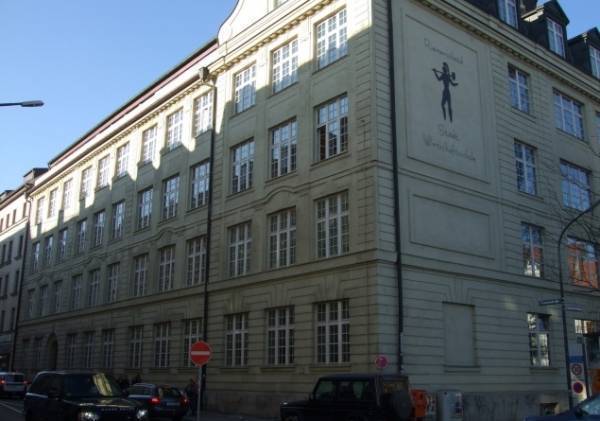 Picture the scene from "The Lion, the Witch and the Wardrobe" by C.S. Lewis, where Aslan walks voluntarily up to the stone table, to his slaughter and the evil beasts all around are wickedly ridiculing and snarling at him....... this is how I feel every time I have to attend a meeting with the mothers from school - all right maybe it is a bit exaggerated with "voluntarily" and the "slaughter" part since I am still quite alive...

Since I married a German, the most logical thing that followed was to send our children to a German school. How was I to know that this decision would change my life forever? I should have suspected something when I asked the Kindergarten when the children would start to learn to read and got funny remarks and comments that that would be the school's responsibility. I remember learning to read when I was three or four years old in pre-school but in Germany, it's quite common that children play, do some crafts, learn some songs and go for some excursions in those three years of Kindergarten.

A couple of weeks before school starts, the stationery and exercise book list is given. I have never had a problem with shopping, almost every woman would find it a piece of cake - until you are standing clueless and almost in tears in the shop trying to decipher which of the twenty different versions of a "notebook with lines" you need to get or exactly which six paint brushes you must buy. After being convinced I need a degree in stationery shopping and many failed attempts, I found out (only a few years later) you can actually give the list to the sales person in shops like Müller and if you ask nicely, they would get the forty items you need into your basket in five minutes.

Then comes the big ceremonial day for the first graders - the first day of school! The Germans take this day quite seriously; the grandparents and godparents normally join the family for the ceremony in school followed by a hearty lunch at some fancy restaurant. Lots of preparations are done for this day especially making the Schultüte (school cone) where this huge cardboard paper cone, sometimes as big as the child themself, it is filled with gifts like toys, books or stationery needed for school. Evenings are set aside for making this cone and it has to be specifically themed to match their school bags most of the time. So, it's mandatory to have a framed picture of your child with his school bag and the huge cone which they can hardly carry, hanging somewhere in the house. And yes, buying the school bag... I used to love getting a new bag each year when I was in school but over here it is a single overpriced (mostly around EUR 150) enormous bag to last the whole four years of primary school - so choose wisely!

Just when you think you have survived and done everything right for the first day of school, the first parent-teacher evening is announced. Hours here are spent discussing in detail things like how much homework the child should be given, the methods in addition and subtraction to be used, when the tests are, etc... I'm not sure if it is the Bavarian schooling system or the competitiveness of the parents but one might think that the child's education through university is plotted out on this evening. It is unfortunate that by the fourth grade, in Germany, the children are pressured into obtaining excellent grades for entrance into Gymnasium (academic high school), and this is supposedly every German parent's dream. (My proudest moment would be when my son starred in a Broadway musical from New York.)

The plot thickens when an evening is chosen by the elected class representative for a social meet. The problem here is that everyone has known each other for decades already, since often they were born and bred in the neighbourhood and most of them were in their child's school as students themselves. Being a foreigner, it was a test to be accepted and acknowledged and I guess I failed the first of many tests when I happily announced that I quit my job to stay home with the children. No, not a good start... The looks I got were quite telling. They obviously thought of me as an uneducated doll who only enjoyed coffee mornings followed by excessive shopping sprees. Nothing against mothers who work but you could at least expect some respect for your decision not to. I do miss work sometimes, being able to discuss the recent cases and law developments and maybe fashion statements. I guess the only McQueen I now know is a talking car. How on earth do you get a job if school is over at 11.20 am twice a week? There is an after school care centre with a dreadfully long waiting list and you could maybe get a place if you provide a letter from your employer confirming employment but how is one to get a job in the first place when you don not get after school child care?

Last but not least - the homework! This is the time I dread the most in the day. I speak rather acceptable German and am so grateful to have some support from my husband but it gets rather frustrating when you cannot help your child and it is only primary school. Thankfully, I had a best friend around the corner in the same situation to share both tears and laughter with. Hats off to those parents who are both foreign and struggle to see their children through German schools.

Having made my fair share of mistakes through the years, gaining one or two German best friends along the way, and occasionally embarrassing and getting my kids in trouble with both my naivete in both language and culture, I still strive to be socially integrated here but I guess that might take a lifetime...