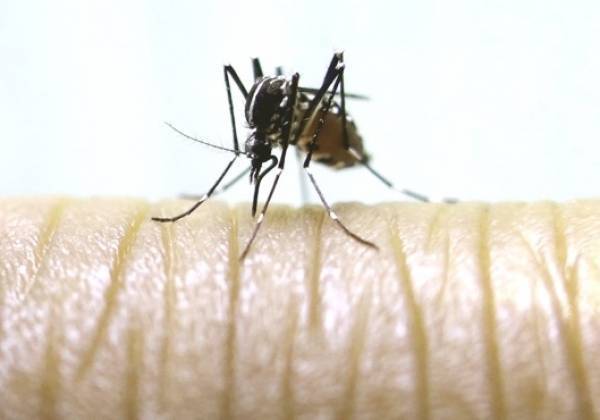 Just as we thought that we had turned a corner and had Ebola under control, a new monster rears it's ugly head in the form of the Zika virus.

The most common symptoms of the virus are fever, rash, joint pain and an eye infection known as conjunctivitis. It is estimated that only 1 in 5 infected people get symptoms, which usually last for a few days. No one knows yet how long the virus incubates in the body before the symptoms appear.

Unlike Ebola, people rarely die of Zika virus and the illness is general short, lasting around a week, with typically mild symptoms, which are generally treatable with rest, drinking plenty of fluids and paracetamol.

When looking at symptoms alone, Zika doesn't sound nearly as terrifying as Ebola. However, it is the Zika virus's link with the neurodevelopmental disorder, microcephaly that is the real terror.

Tarik Jasarevic, spokesperson for the World Health Organisation (WHO), commented that the biggest concern with the current outbreak of Zika is, "the possibility that a mosquito bite during pregnancy could be linked to severe birth defects in new-borns has alarmed the public and astonished scientists."

At the beginning of this month, the Director-General of WHO declared that the reported clusters of microcephaly and other neurological disorders are a Public Health Emergency of International Concern (PHEIC). This came in light of the news that US had a rare case of Zika virus transmitted through sexual intercourse, not a mosquito bite, which was previously not thought possible.

As of yet there is no definitive proof that Zika virus causes microcephaly. However, Scientists have taken the rise in cases of microcephaly, linked in time and place with Zika virus circulation, the number of additional congenital malformation of the brain, stillbirths and evidence of damage to eyesight and hearing as an indication of strong correlation between the two. There has also been an upsurge of cases where Zika virus has been detected in the amniotic fluid of affected new-borns.

With this in mind, it is easy to see why for women of childbearing age living or visiting affected countries, the prospect of giving birth to a baby with such severe defects is alarming. The increased use and supply of contraceptives for women have been brought to the forefront of the Zika discussion as Pope Francis recently suggested that contraceptives could be used in order to prevent the spread of Zika virus.

Scientists around the world are now racing to show clear evidence of a link between Zika and birth defects as well as develop a vaccine.

Lessons have been learned since the outbreak of Ebola but there is still much groundwork to be covered in treating the currently estimated 1.3 million people suspected with Zika in Brazil alone as well as tracking the virus brought to, at least, 13 additional countries by travellers. There will also be a longer need to help care for the 3,670 suspected cases of babies with microcephaly which are specifically linked to Zika virus.

Looking for new techniques on tackling Zika, the WHO states that 'Given the seriousness of the dengue and now the Zika crises and the need for a broader range of control techniques, a WHO Vector Control Advisory Group has evaluated some newer tools, including a genetically modified prototype mosquito submitted for WHO review.' (See Rebekah's piece on Genetically Modified Organisms- Ed)

Further testing will be done to see if this controversial technique will be feasible.