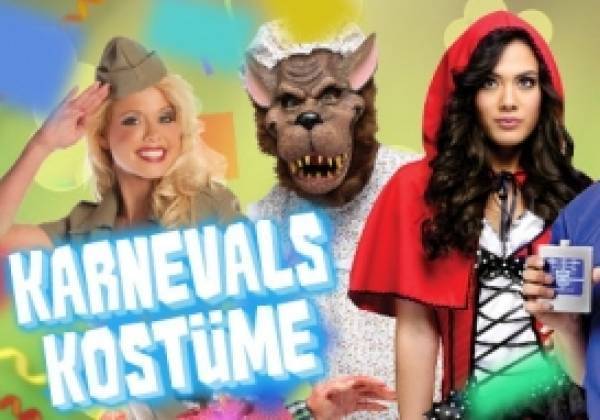 As the temperature dips below freeezing and Munich beds down for the long-avoided winter, Fasching season arrives and promises to be even better than before. Also known (to those with a taste for the sweeter things in life) as Krapfen season, or Karneval, Faching is the period leading up to Lent when those with a serious case of party-fever get dressed up and attend as many events as they can legally gain access to. Not everyone can keep up with the serious revellery, but in Munich it is considered terribly impolite to not even try. So where does one start, considering there are literraly hundreds of balls and events to choose from?

Well a good place to get in the mood is at the Deutsches Theatre, which is hosting a number of events under its Ball Season (ballsaison) programme. Always a popular choice for those in the know in Munich, and the season would not be complete without attending at least one of their events.

Loewenbraeu Keller is perhaps more famous for its fabulous lenten offering, the Starkbierfest, however it also runs a few popular events which one can see here.

Closer to the end of the season, there is a very large public parade and fancy dress event at Viktaulianmarkt, near the tourist centre of Marienplatz. It is advisable to arrive there early in the morning, no later than 10am to 10:30 am on the 9th February, to see the Tanz de Marktfrauen. It is definitely a family event, but due to the sheer volume of people, be prepared to keep an extra eye on any younger members in your party group.

If you have children in tow, then perhaps a less busy event may suit the family better.  There is a Children's Parade at Wassertrüdingen, north of Augsburg on the 9th Feb, starting at 13:30, with lots of events and other activities to keep the kids happy.

For those new to Munich and the German-speaking world, Fasching may seem a little eccentric. Yet in Munich, it is a vital part of city life, and one can't call oneself a true Münchner until one has replaced one's mask of respectability, with one a little bit more flamboyant and fun.