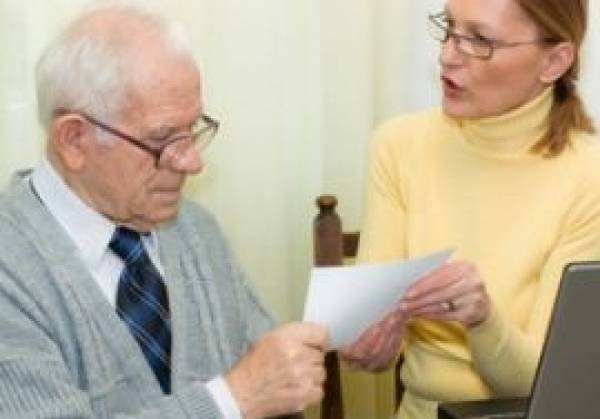 Over the next decade, the European commission reports that more than 25% of Europeans would be more than 65 years or older. Specifically, there will be a bigger rise of adults with ages above 80.

Ageing is characterized by decrease in logical thinking and processing new information. Thus having a majority of older adults in the population would require tailored policy decisions. Since investment is a major source of income for retired and older adults, could the ageing process affect how this population makes financial decisions?

A new study led by Dr. Ye Li at the University of California, Riverside highlights age-related decline in cognition and its implications in the ability of older adults in making the right financial moves.

So do older adults make financially savvy decisions or not? Dr. Li reports, "Evidence is mixed, both empirically and according to lay views. I think most people assume older adults fall under the stereotype of the wise old sage or the senile senior citizen. It turns out that both stereotypes have some validity."

Now, how did the scientists investigate this problem? They classify intelligence into two broad categories. One of them comprises of speed, capacity for generating and efficiently processing information, which is high in the case of youngsters.

Where as, the other category consists of intelligence based on knowledge, experience and expertise. The researchers term this as 'crystallized intelligence' and show that it is accumulated with age into the 60s, tending to a plateau and then gradually decreases, with advanced ageing.

As a cumulative measure of good financial decisions and literacy, the team looked at credit scores from a sample population and related it to age and the two intelligence categories. They found that perhaps surprisingly, despite a biological decline in cognitive abilities, older adults have better credit scores than the younger ones.

So what is the implication from this study? The researchers reasoned that since both forms of intelligence are equally important, that they offered two pathways to good decisions, one of which improves with age and the other one, which declines.

To put it simply, "It means that despite cognitive aging, older people are still good at making decisions that they've made many times before and have developed sufficient expertise with. However, they may run into trouble when it comes to new and complex decisions that they have less experience with," adds Dr. Li.

How can this information be useful to society at large? The researchers conclude that the study reinforces the need to recognize older people's limitations when it comes to novel and complicated financial decisions.

In future, Dr. Li says, "New policies should be designed to help their decision making, using decision aids and choice architecture that simplifies the information presented; for example, by providing, filters and guided step-by-step calculators".

This study brings to light an important question- When it comes to financial decisions, is age just a number? There seems to be multiple facets to this question and it is difficult to provide a categorical answer of a yes or a no.

Therefore, it is imperative to keep the ageing population in mind when creating new policies such as healthcare and financial services in order to produce better and cost-effective outcomes for the people and their society.