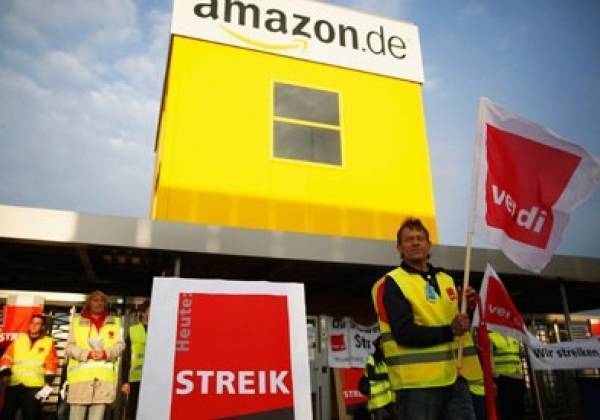 The major online store, Amazon, is on the receiving end of industrial action at two of its distribution centres, in Leipzig and Bad Hersfeld. This is the third time employees at these plants have voted on strike action.  Verdi, the German trade union which organised the strike, wants Amazon to treat its employees as retail rather than logistics workers and comply with standard wage agreements in Germany. Retail companies are supposed to pay workers between EUR11.47 and EUR11.94 an hour, which is at least EUR1 more than the affected German workers earn.

Verdi representative Jörg Lauenroth-Mago said that he expected around 40% of the Leipzig workforce to take part in industrial action on Thursday (17th April). He also claimed that other centres in of Germany would follow with their own industrial action over the course of the year.

Amazon had earlier rejected a union offer to enter negotiations. In a statement, it said that only a small number of employees were taking part in the protests and that the centre's turnover rate wouldn't be affected. The company claims that its employees are rewarded by other means such as shares or bonuses, which made up the difference in salary expectations.