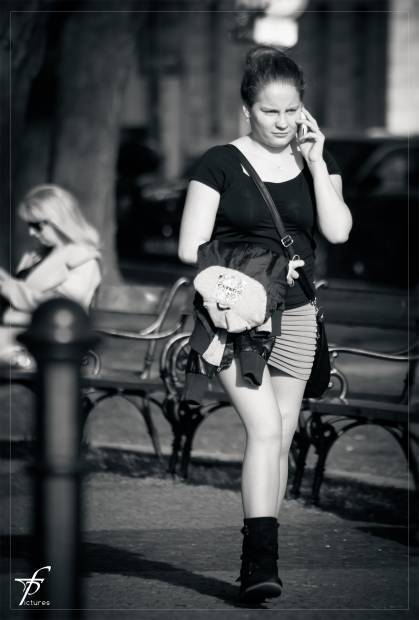 Don't think you can trick your smart phone with a fake smile as it can figure out if you are depressed!

Much as it sounds as if you are reading a cool science fiction piece, this has been recently established in a scientific study by a group from Northwestern University Feinberg School of Medicine, led by Dr. David Mohr.

Depression is a serious mental illness that afflicts nearly 350 million people, according to the World Health Organization (WHO).

At its worst stage, depression can lead to suicide. Although there are therapies such as antidepressant drugs available for treatment, yet they can be effective only if the illness is diagnosed at the right time.

Thus the key to curbing the incidence of this debilitating disorder would be the timely recognition of the symptoms.

In today's society smartphones are ubiquitous.

We rely on them for paying our electricity bills to depositing bank checks to that of navigating to an unknown geographical location. And in the modern age, we tend to spend more time with our gadgets and use it as a conduit to interact with other people. So what if our smartphones become equipped with ability to identify our mental state?

So back to the study - how did the scientists establish a link between smart phones and depression?

They started by recruiting 28 participants for their study, who were asked to fill out a self-reported depression survey.

Subsequently, the scientists collected their cell phone usage data from the individual's mobile phone sensors using an Android app known as Purple Robot that has been developed by the Northwestern University researchers.

The app was used to collect data that comprised of locations where the participants used their phones, the amount of time spent in every location and the 'variability' in those sites such as how long the smart phone was used at home versus outside. This information was then sent to secure data servers for further analysis.

"We developed algorithms that could estimate certain aspects of behavior from these sensor data," says Dr. Sohrab Saeb, the lead author of this study.

The scientists obtained insightful results from these experiments with an astonishing accuracy of 87%.

Saeb comments, "We found a strong relationship between some of the estimated behaviors and depressive symptoms. Specifically, we found that individuals who were more depressed spent most of their time in fewer locations, had a more irregular daily routine, and used their mobile phones more frequently."

Therefore, as the scientists point out, these experiments had used objective information based on a person's cell phone usage to detect if they were depressed and to estimate the severity of their depressive symptoms.

As far as future plans are concerned says Saeb, "This is a very small study with a sample size of 28 and length of two weeks. Our findings need to be cross-validated in a future study with more individuals and longer period of time."

Now, the current study correlates the time of cell phone usage with that of depressive symptoms.

But what about a causal relationship? In other words, "if depression was caused by the behaviors that we observed, or were these behaviors generated by depression." Saeb believes this is another important question that needs to be addressed in future by designing appropriate experiments.

In this day and age most of us are apprehensive about online data breaches and hacks since most of our day-to-day and business transactions take place over the Internet. But this study is a rare example of how consumer data collection can be put to a good use.

The WHO reports that less than half the diagnosed patients actually receive treatment. Often effective care is hampered by factors ranging from lack of resources to that of the social stigma that surrounds any mental disorder. That leaves us with questions of the reach of smartphones in the population and whether patients would find these incursions into their privacy beneficial in the face of exposure?

Regardless of these facts, the capability to be able to predict depressive symptoms using such non-invasive techniques has a huge implication in the analysis and treatment of depression. It also paves the way for future innovative technologies within the healthcare industry.