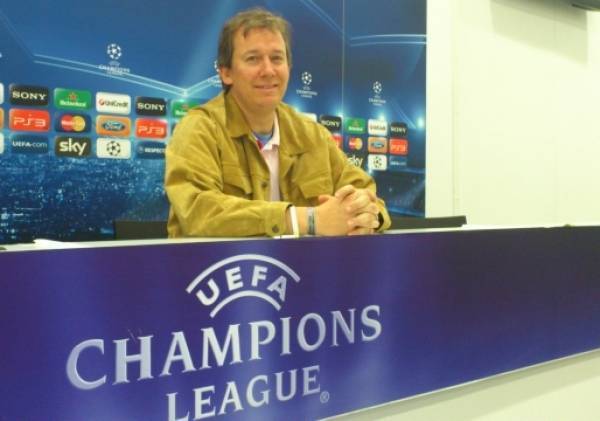 I used to have the (dubious) pleasure of living next to Bayern Munich's training grounds. I say dubious because there is something suspicious about teenagers earning a million a year for doing anything, let alone for becoming demigods, which I would have thought would be reward enough. After all, every one of us who ever got picked first for his best mate's team in the school lunch break knows that it could have been any one of us up there, if it hadn't been for a series of unfortunate mishaps. But such is destiny.

On the other hand, it was kind of fun seeing the stars drive past before and after training - inevitably with their cell phone glued to their ear (don't ask me why they don't have Bluetooth in those big sponsored cars) - and if I had to be next to any club, it would be Bayern.

Steady now. Football clubs such as Bayern don't ooze likability, I know that. But at least Bayern pays for itself. President Uli Hoeness might have made his millions with his sausage factory, but he's no Abramovich, and he doesn't pour any of his personal fortune into the club.

It is also a little known fact that when the German football federation was told by a certain Mr Hitler to put out an edict that its member clubs should ban Jews and other undesirables, Bayern Munich was one of the few clubs to refuse! In more recent history Bayern has also been very kind to the English footballing psyche by snatching last-minute defeat from the jaws of victory in two Champions League finals against Manchester United and Chelski respectively. And they even employed Jürgen Klinsmann as coach for a year! Now if that alone isn't reason to go out and snap up a Schweinsteiger shirt in sympathy, you have no heart.

Even the summer break didn't leave Bayern in peace this year. Wunderkind Breno, who Bayern brought out from Brazil at a very young age and who never became the world's best central defender like they planned, put on weight, sat on the bench and apparently got drunk a lot, was sentenced to 4 years and 9 months jail for burning down his house while on a solo bender.

A depressed kid, torn away from the comfort of his family at a tender age, who couldn't handle the pressure, burns down a rented house and gets sent to jail for what is effectively the rest of his playing career? Where's the sense or justice in this? It's not like he is a murderer or a real menace to society.

Let him play and fine him 5 million euros as far as I'm concerned. Tell him he has to go to jail after his career is over, but why destroy him even more than he already is? Free Breno.