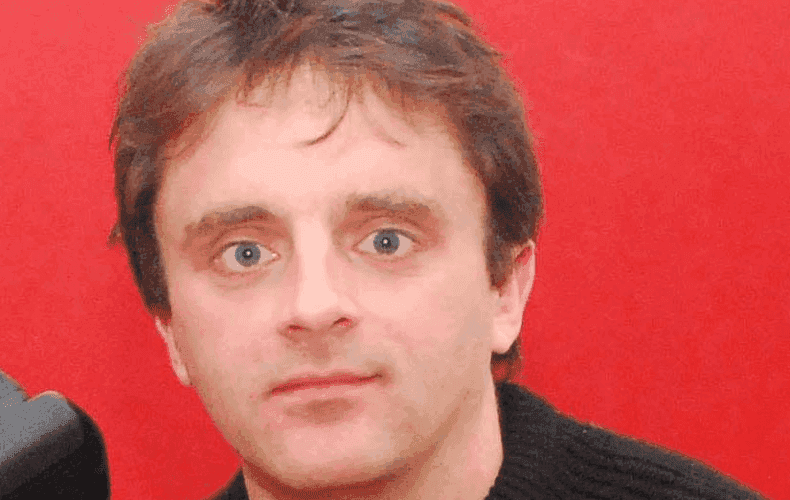 The following story relates to a chance encounter at Dublin Airport on Saturday night, April 27th.  It concerns an Irish man named Wesley and a missed opportunity with an unknown German woman.  Wesley is keen to make contact with this woman and has penned the following plea for information.  In his own words:

"My name is Wesley O Brien , 36 from Ireland . I don't live in Dublin but from the West of Ireland. I'm a Photographer but was in Dublin Airport that night because I was travelling to Belfast in the morning to teach Blind Tennis, I'm also a tennis coach.

"She was in Dublin Airport Terminal one on Saturday Night April 27th and spent the night there until Sunday Morning April 28th. I think she was catching the 06.10 Ryanair to Munich from Terminal One Sunday Morning April 28th . She was about 5ft 3 or 5ft 4, She had black hair but the ends had a  distinctive dreadlock, which was a greenish colour I think, she had a small medallion necklace. I was wearing a maroon T-Shirt, navy tracksuit legs and orange runners and I was using a distinctive White HP laptop, I think this girl would remember it.

"I went into Terminal One and went upstairs to where the McDonalds and other cafes are, I found a table and chair, just decided to work on some photos I recently took just to pass the time . It would of been around midnight that I first noticed her; she was with this guy and she was sitting on their baggage which was on a baggage trolley, he was pushing the trolley around while she was sitting on it.

"When I first saw her , I remember thinking how beautiful she was but put it to back of my mind and got on with my work. A little later she was on the trolley and they passed right by where I was sitting and as she went past me I noticed she turned to look back at me, I thought that maybe she saw the photos I was working on as she passed, when she looked back she smiled and it was the first time we made eye contact. Again noticing how beautiful she was but again I didn't think a lot of it.

"It would of been around 1.30 am that they came over to where I was sitting and used the plug that was next to the table to charge her phone and asked me if she could use the chair directly opposite me, so she was now sitting at the same table as me, directly opposite. It was then I noticed she was speaking German to the guy but had very good English . The man mainly walked around so it was mostly just her there. It was then that we started noticing that she would glance at me and I would glance at her and when we made eye contact she would smile. There was certainly a mutual attraction. I couldn't take my eyes off her and my heart was racing a million miles an hour. I wanted to just talk to her and say something but I didn't know if the guy she was with was her boyfriend or if she was with him.

"I started thinking - say something  or do something, if she goes you will regret this forever. At one point the guy was walking around the terminal and she went to the café and asked me if I would watch their luggage of which I said absolutely. I remember there was a small kid close to us, a toddler maybe aged around 2-3 years old, who was doing this silly dance and we both noticed it and we both had a smile to each other, but I remember how she smiled at that kid; its one of the things I remember most about that night. We didn't really talk much so maybe I'm crazy, but there was some unspoken connection, I cannot describe. At one point I thought about writing her a little note and slipping it into her book, but then will she think its creepy or weird, what is a man to do in these situations.

"It was around 5am or 5.15am on morning of Sunday 28th April that they left where I was, obviously to get their flight. She smiled at me and said it was nice meeting you and wished me a safe flight. I smiled and wished her the same and we just made this eye contact again. As she walked away she looked back at me, and again as she waited for the elevator, across the terminal she paused and looked back at me yet again. From the moment she left the table I watched her walk away and she too was aware of me watching her. Then she entered the elevator and she was gone. Foolishly I waited 15 mins before going to look for her in terminal but she was gone.

"I looked at the departures and the only flight going from Terminal one to Germany was the 06.10 to Munich with Ryanair, the time she left my table would seem to correspond with getting that flight."

As you can see from the description of the encounter, it sounds like it was indeed an opportunity with a lot of potential for both parties.  However, Wesley is unsure how to go about finding this woman he is so interested in contacting.  Do you think you might know who this woman is?  Are you yourself the woman in question?  If so, then please contact Wesley via this newspaper on admin@themunicheye.com. Let us try to make this encounter, somewhat less than brief.


I think she did what any young woman in Germany do. Usually Germen women are confident and they smile in the face of strangers as kind of social normal thing. Even she wouldnt bother it if you started a chat with her, and her boyfriend will respect you and her in the discussion and might join you. Tough luck my friend.

Could there be a song that is universally known to all Christians and many more of other denominations? It is said that...