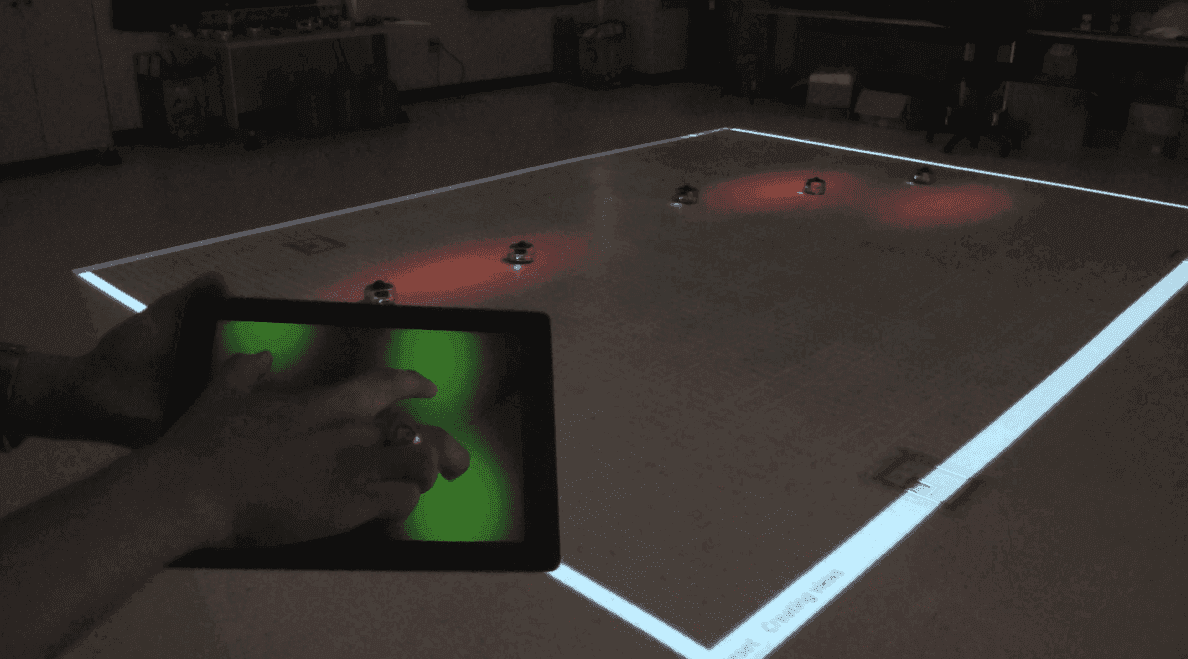 How can a single person command a swarm of five, ten, or even hundreds of small robots to perform a coordinated task?

According to Prof. Magnus Egerstedt of the Georgia Institute of Technology, "People are always going to be engaging with robots and intelligent machines, but there is no way we can control individual robots anymore: we need to rethink how we engage with them."

Together with his team, he says, they addressed the problem by "having people manipulate not the robots themselves, but the environment they live in. The beautiful thing when you do that is, it doesn't matter how many robots you have."

In fact, the operator just decides what areas the robots should consider interesting and directs them by drawing the areas on the screen of a tablet.

Then, the swarm collectively finds the best way to deal with the instructions.

Each robot is constantly listening to the instructions of the operator and communicating with its neighbors.

Additionally, this kind of human-swarm interface combines the strengths of both people and machines.

As Egerstedt puts it, "There are some things people are so much better at doing, like figuring out what's going on in a complex scene or, when new information comes in, making decisions like 'where should we go now'. If things change in the environment, humans respond by changing the instructions, while robots just have to respond to these instructions."

With this system, the operators do not need to be an expert in robotics to pilot the swarm: their role is to make the strategic decisions, and swipe their finger on a screen to make the robots execute.

For example, emergency responders in disaster scenarios could point robots to areas where it's more likely to look for survivors, and redeploy them whenever anything changes. Robots would be left with the task of spreading optimally and searching.

Another application could be in the agricultural sector.

Farmers could direct swarms of small tractors to the interesting areas of their fields, to inspect the crops and give detailed, specific information.

"I think we are rather wasteful in our food production," says Egerstedt, "if you can be more targeted, as opposed to covering entire areas with irrigation or pesticides, the environmental footprint and the water usage will go down," improving efficiency at the same time.

Furthermore, agriculture is a relatively simple task for robots, because corn rows have few people around, and are straight and regular.

So, we are probably just a few years from seeing this technology deployed---in huge numbers---in the field, quite literally.