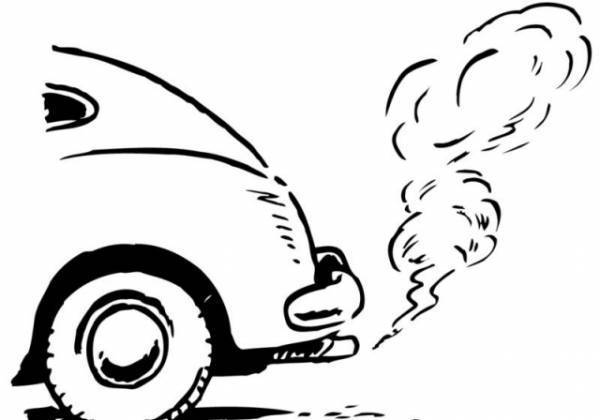 German auto giant Volkswagen's (VW) recent fall from grace is a result of the same greed that brought down Toyota nearly six years ago - the quest for becoming the most powerful automaker in the world.

But what makes the VW scandal even more nefarious? Deliberate lies by VW, misleading the Environmental Protection Agency (EPA) of the United States and its consumers to believe that discrepancies found in the air pollutant (nitrous oxide) emission levels were simply technical glitches.

Where and how did this Volkswagen scandal begin unravelling?

It all started as an innocuous research experiment on cars and engines by scientists at the West Virginia University (WVU), USA, led by Dr. Arvind Thiruvengadam.

A couple of years ago, Thiruvengadam's group was hired by ICCT (International Council on Clean Transportation), which is a not-for-profit organization geared towards providing impartial research and scientific analysis to environmental regulators.

The WVU scientists were quite enthusiastic upon obtaining this research grant from the ICCT with a mandate to test emissions from diesel cars manufactured by various companies. This kind of exercise had never been undertaken previously in an academic setting.

Of course, VW diesel cars were included in this list!

Upon testing the Volkswagen cars for emissions up to 1500 miles on a road trip along the west coast from Los Angeles to Seattle, the scientists were baffled by the test results.

Now, according to Volkswagen's hyped claims, their environmentally friendly cars were supposed to emit the least amount of nitrous oxide (NOX)--at least in theory. However, the emissions test results showed otherwise.

Contrary to VW's claims, the researchers found the NOX-emission from the VW cars were 40 times above than the permitted limit by the EPA.

How does high NOX emission affect the environment? According to the EPA, short term exposure to Nitrous oxide, damages respiratory issues in healthy people and exacerbates breathing difficulties in people suffering from asthma.

The scientists and ICCT found that VW cheated by equipping their cars with software known as a "defeat-device" that would aid in evading EPA's emission standards of certain air pollutants.

The emissions fraud was finally exposed on September 18th, by the EPA, which issued a notice of violation of the Clean Air Act to VW, thus propelling VW into a tailspin. It will take longer for the agencies and VW to arrive an agreeable solution to correct this egregious error.

But in the meantime, what can we learn from this scandal?

Interestingly, basic research carried out by a university professor is what helped bring an auto titan's scam to light.

Given a lackluster research-funding climate, where persistent threats of cutting down research budgets leaves scientists jittery; it is important for politicians to understand the importance of funding basic research and its long term benefits in building a better world and environment.

What can scientists do for their part, in convincing their elected leaders and the public that the tax-payer money is being put to good use?

As a start, instead of restricting themselves to their research labs and interacting with their peers alone, scientists must invest more time and effort in communicating their results to the greater public, by participating in science communication and involving themselves in community outreach programs.

And we in the science media can certainly help them spread their message!