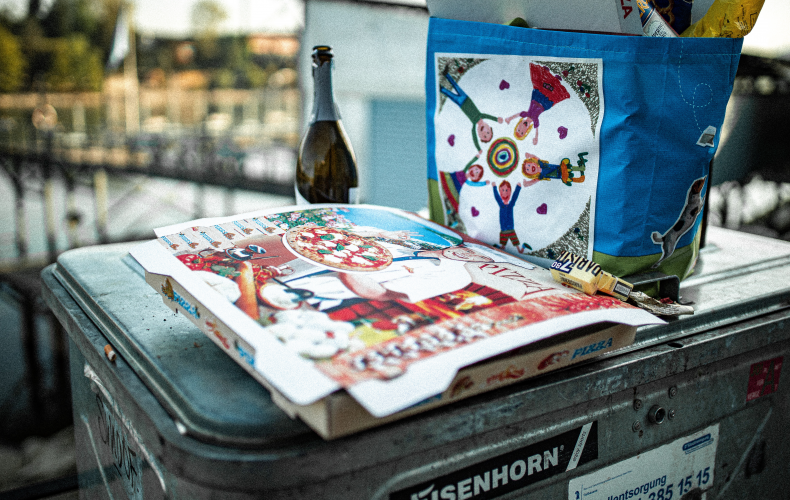 In urban parks and green spaces, the waste from to-go packaging is piling up. Especially the bulky pizza boxes are a problem for the waste disposal of many German municipalities. Now the introduction of a deposit regulation is being discussed.

Public parks have been used particularly intensively since the Corona pandemic. For many people, an outdoor picnic includes a pizza, which traditionally has to be transported in a pizza box. Due to their bulkiness, these pizza boxes then clog the garbage cans in the green areas or lie around next to the waste garbage bins.

For the disposal of packaging and plastic waste from waste garbage cans and the environment, millions have to be spent annually by the municipalities.

According to a nationwide study, packaging and plastic waste recently accounted for almost half of all street sweepings - probably also because of the abundance of to-go packaging. Because their decomposition often takes decades, disposable products and packaging containing plastic are considered exceptionally harmful to the environment.

However, according to Schulze, the redistribution of costs is not sufficient for environmental protection. Even the mere replacement of plastic with cardboard packaging would not be effective: "The alternative must be reusable", the Minister demanded. The German Environmental Aid (DUH) is specifically calling for a binding reusable quota.

At the municipal level, there is a demand for a mandatory deposit on pizza boxes and other to-go packaging. This promises a clear relief in the cleaning of public places, according to the city of Nuremberg. "Here there should be a uniform regulation for all cities and municipalities," says Mayor Christian Vogel (SPD). An amendment to the packaging law and the extension of a deposit obligation beyond bottles would be a matter for the federal government.

From the point of view of the Federal Ministry of the Environment, however, a mandatory deposit for pizza boxes and similar to-go packaging does not make sense. Especially in the Corona pandemic, there are hygienic objections due to the often heavy contamination of the containers, says a ministry spokesman.