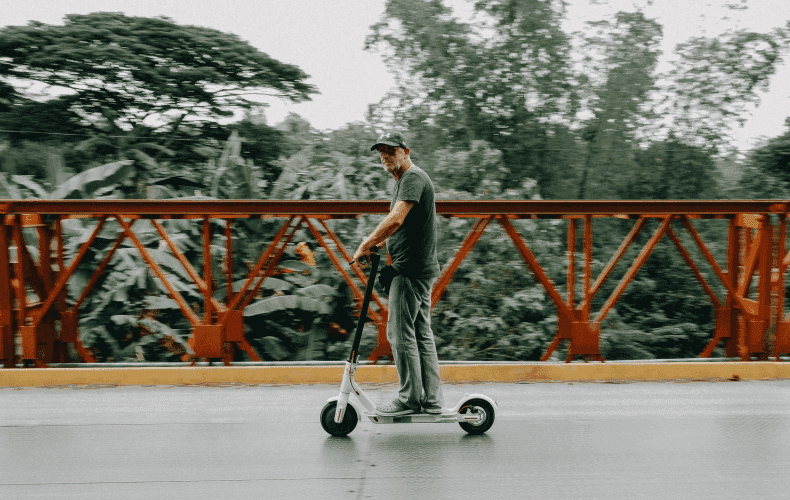 From June 15th 2019, E-Scooters are officially allowed on the streets of Germany. As the country is infamous for its bureaucracy, a lot of restrictions come along with that. Here are the most important points.

Which types of E-Scooters can be used on public roads?

According to German law, E-Scooters are so called "miniature electric vehicles". Therefore a license for public road traffic is only available if the following criteria are met:

Who is allowed to ride an E-Scooter?

Although a driver's license is not needed, you need to be at least 14 years old to ride an E-Scooter. Wearing a helmet is not mandatory but highly recommended.

Where am I allowed to ride the E-Scooters?

You must use bike paths or biking trails. If either is not available, the scooter is allowed on the roads with cars. Sidewalks are taboo.

What else needs to be considered?

There must be an insurance badge and a small square number plate visibly attached to the scooter.

The license plate is issued by the registration authorities, provided the E-Scooter is suitable for road traffic. Currently only 2 models are sold in Germany, which already provide this certificate. Some manufacturers have announced a retrofit, but many leave it up to the customers.

What type of insurance is needed?

E-Scooters are usually not insured under personal liability insurance. Because they have an engine, they are considered motor vehicles. Some insurance companies already offer contracts for E-Scooters. Similar to insurance for mopeds, the price will be around 40 EUR per year.