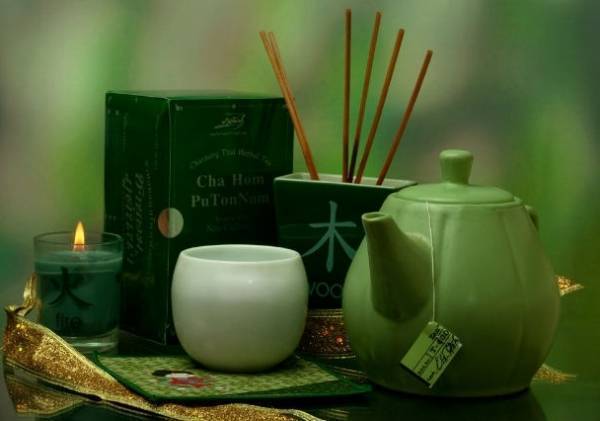 A link between green-tea based dietary supplements and drug-induced liver damage has been found in a recent study.

With an increasing demand for the perfect body shape and the appearance of the triple zero clothes size, many are increasingly turning to pills and supplements as a means to shed any excess weight.

It's not just women who are under pressure to achieve the perfect waistline, as magazines like 'Men's Fitness' also endorse dieting pills.

Professor Lambert, of the Pennsylvania State University, has shown in a new scientific publication that taking green tea supplements can result in oxidative stress leading to liver injury.

Green tea supplements are attractive to some as they deliver an equivalent dose of green tea components much more quickly and in a far smaller volume than the traditional beverage form.

Why drink litres of green tea a day when you can pop one pill?

"No person can sit down and drink 16 cups of tea all at once," says Professor Lambert. "However, if you take a supplement you can get that type of green tea extract dose, so there is some indication that the dosage form has an influence on the potential to cause liver toxicity."

The study involved giving two groups of mice high doses of green tea antioxidant-(epigallocatechin-3-gallate (EGCG)). The given dosage was equal to what is found in some green tea supplement pills taken by humans.

The first group of mice was fed low doses of EGCG for two weeks prior to receiving the high dosage and the second group was only given the high dosage.

Blood tests were taken each day in order to assess liver function. It was found that the mice that were given high doses of EGCG had up to 75% more liver damage due to toxicity than the pre-treated mice.

The results of this study highlight that, before taking green tea supplements, we should consider drinking green tea for several weeks in order to reduce side effects and protect our livers.

Those who are regular green tea consumers will be less sensitive to possible liver toxicity from green tea supplements.

"Drinking green tea rather than taking supplements will allow you to realize the benefits and avoid the risk of liver toxicity," Lambert advises. "The beneficial effects that people have reported as being associated with green tea are the result of dietary consumption rather than the use of supplements. The relative risk of using supplements remains unclear."

Green tea has been used in traditional Chinese medicine for centuries, treating everything from headaches to depression. Green tea is rich in antioxidants and has been associated with increasing weight loss, reducing cholesterol and fighting against cardiovascular disease.

Although there is still work to be done comparing EGCG in human green tea-drinkers versus non-drinkers it seems evident that too much of a good thing can be harmful.