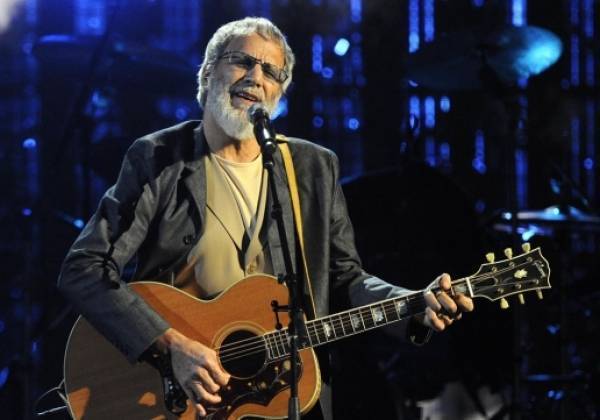 Cat Stevens (actually Yusuf Islam) is back on the road. The singer announced on Monday that he would make a six-city concert tour in North America this December, his first series of shows in the USA and Canada since 1976. His conversion to Islam followed, putting his music career on hold for a quarter century.

Stevens, who also is releasing a blues album on 27 October, produced by Rick Rubin and titled Tell 'Em I'm Gone, is using that stage name along with Yusuf, the name he took when he converted. The performer of 1970s-era hits Wild World, Morning Has Broken and Peace Train has slowly broken back into secular music during the past decade and has made only a handful of semi-public and television appearances in the USA.

"I've been a bit slow in coming around, but there were so many people asking me to do that, that I just felt an obligation," Stevens said in a telephone interview with UK newspaper The Guardian, from Dubai, where he lives for much of the time.
The title of the Peace Train ... Late Again tour refers to the singer's unhurried music career. Only six dates are scheduled so far - starting on 1 December in Toronto, Canada, and hitting Boston, New York, Chicago, San Francisco and Los Angeles in USA.

Stevens said he frequently received feedback on Facebook asking him to perform more and that it made him feel guilty "because I'm not doing as much as they want me to do. Then again, I'm 66 years old, and I do take things in my stride."
Stevens, who was inducted into the rock hall of fame this spring in Brooklyn,NY, said he had a lot of hesitation about getting back into the music business.

"That's something I ran away from a long time ago," he said. "But that's not to say the music business is the same as making music. When I finally reconciled my questions about the issue - where it should be in my life - by that time, I had something to say. I wouldn't be writing songs if I didn't have something to say".

Despite the political climate, with the USA fighting Islamic State militants in the Middle East, Stevens said he didn't expect his faith to be an issue when he goes on the road in this country.
"I'm afraid that a lot of things that people believe about Islam are totally different from the religion that most of us recognize", he said.