Since his election on the 14th of March during the Communist Party's 18th National Congress, China's new president Xi Jinping has given the world some stark and some subtle indications of what his position at China's head will mean for that country's relationship with the world's other major powers.

From North Korea to Russia, the Middle East and the United States, President Xi's election will have definitive consequences. Now holding the three offices of President, General Secretary of the Communist Party, and Chairman of Central Military Commission, Xi has a formidable personal ability to guide China's course in international diplomacy.

The 59-year-old leader, who is the son of one of the Communist Party's founders, Xi Zhongxun, has been described as a hard-working, down-to-earth politician. He has proved himself to be a pro-business leader willing to take on tough issues, whether that be corruption within China or the defence of China's reputation worldwide.

Indeed, his close ties with the military, in which he is considered to have a stronger influence than either of his two predecessors, could portend a more aggressive stance in China's relations with its neighbors.

Xi has shown himself as being unafraid of changing the course of China's foreign relations, in particular regarding the future of China's relationship with North Korea. By agreeing with the United States to impose sanctions on North Korea, President Xi has sent the message that his support of his neighbour is not unconditional. It seems North Korea's recent testing of a nuclear weapon, its third test in total, as well as its announcement that it will no longer honor the armistice with South Korea that ended the Korean War, has tested China's patience.

Internal dialogue within the Communist Party of China reveals that some officials have come to question the value of its relationship with this rogue state. According to Professor Zhu Feng of Peking University, "North Korea's nuclear test will make the new Xi Jinping administration angry, and give China a headache." Professor Zhu continued that "one nuclear test will not make China's new administration decide to 'abandon North Korea' but it will definitely worsen China-North Korea relations."

Outside of the Far East, the direction Xi will point China's broader foreign relations has been indicated by his declaration of a strong commitment to an alliance with Russia, an alliance he believes will "guarantee world peace." His recent speech in Moscow signaled an alignment with the foreign policy philosophy of Russia's president, Vladimir Putin, on such issues as the conflict in Syria. Both countries have blocked resolutions in the UN for sanctions against Syria, citing among other reasons Syria's rights as a sovereign nation.

In his speech to students at an international relations school in Moscow, Mr. Xi said, "We must respect the right of each country in the world to independently choose its path of development and oppose interference in the internal affairs of other countries."

As for relations with the United States, President Xi has commented, "in the China-US relationship, we have enormous shared interests, but of course, unavoidably, we have some differences." Treasury Secretary Jacob Lew, in his recent visit to Beijing has highlighted some of the top concerns America has about its relationship with China. These include the alleged cyber-attacks by the Chinese military to steal sensitive data from American corporations and government departments. The Chinese military has denied all of these allegations, and President Xi has not pressed for further investigations.

Having shown a relative indifference for American concerns, a willingness to defy the United Nations, and even the ability to diverge away from an alliance with a nuclear neighbour, Xi Jinping is portending to be a political leader unafraid of making tough decisions with far-reaching consequences. The world's eyes will be on him as major issues such as North Korea's increasing nuclear ability play out.

A total of seven parents have filed an emergency petition against school closures with the Berlin Administrative Court on...

Gert Mengel is one of the principals Corona has roused. Who wants to stand still. "I would be happy if we could learn a... 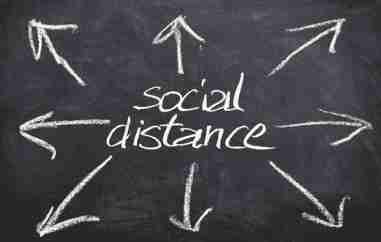 The lockdown in Germany has been extended until March 28 - in principle. At the same time, a phased plan for relaxations...

In Germany, there is currently a vaccination backlog, many people who have been vaccinated refuse an offer of vaccination...

The Standing Commission on Vaccination (Stiko) now recommends the use of the Astra-Zeneca's Corona vaccine for people 65...

The Lufthansa Group is relying on the desire to travel after months in lockdown for the first step out of the crisis. The...

A quick scan of the cell phone display and the long-awaited entrance to a movie theater, a concert, a handball hall, or...