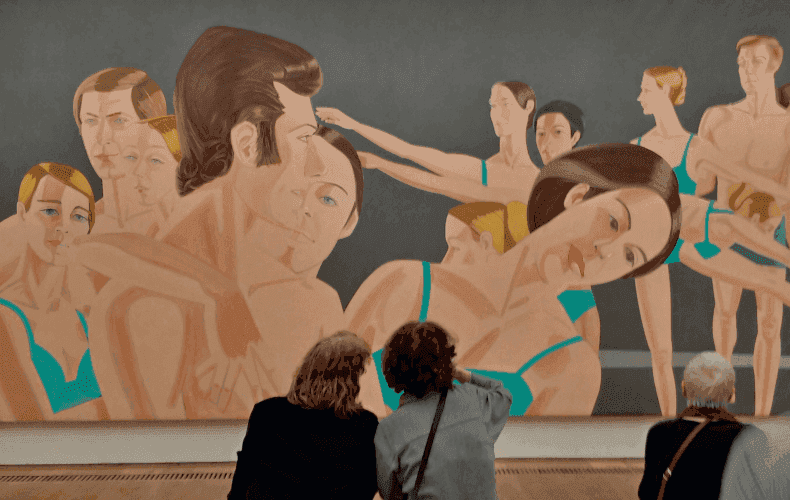 Born in 1927, Alex Katz is one of the most accomplished and influential American painters of the past fifty years, and he is still painting. Katz was painting at the same time as for example Andy Warhol and Roy Lichtenstein. He speaks about his art: "Cool and Hot", "Cooler than ever", "Something hot done in a cool way". His paintings show an "impersonal public art" that emphazises communication on an "intimate level"1.

He likes to visualize the moment. The results are stylized excerpts from reality that capture and extend the beauty of a fleeting moment and lend evanescent and marginal phenomena duration and meaning with the aid of unusual excerpts and points of view2. Katz at the same time produces proximity and distance. If in a picture there are several persons it is difficult to understand their relationship. The viewer is kept at a distance. As Katz once said, his art had something aggressive and authoritarian about it - he showed the viewer where he must look3. It is difficult for the viewer to look at the image without finding any stopping point.To him, the term "decorative" connotes a visual harmony that stands for itself and whose perfection makes all content superfluous.

The exhibition can be visited until the 22 of April.

Could there be a song that is universally known to all Christians and many more of other denominations? It is said that...