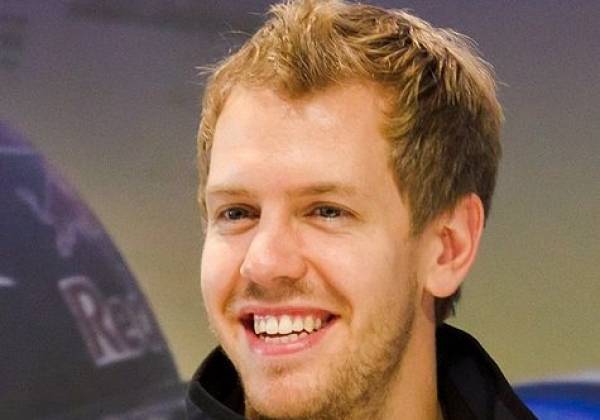 After winning the opening race in Australia back in March, Jenson Button finished the season in Brazil under light rain on a high, winning his third Grand Prix Sunday at Interlagos. Despite a great effort from Ferrari's Fernando Alonso, assisted by teammate Felipe Massa, Ferrari's two-three finish wasn't enough as Sebastian Vettel finished in sixth, clinching his third world drivers' championship one week after his Red Bull team clinched the constructor's title.

"First of all, I would like to congratulate the whole team" said race winner Button afterwards. "We've had our ups and downs but to win this race was fantastic, so a big congratulations to my team. We fought with Ferrari for second in the championship, but they were too strong. Again, thank you very much."

Vettel did win the title but the German had to fight for it. On the very first lap, he got into a tangle with Bruno Senna and Sergio Perez, resulting in the Red Bull driver's back exhaust panel being ripped off. Even though Senna and Perez had to retire, Vettel carried on, knowing that one wrong move in the Renault Engine could lose him the world championship.

A few laps after the start the rain increased and many drivers on slick tires had to pit for intermediates. Romain Grosjean unfortunately never got back to the pits, as the Frenchman spun his Lotus out of the race on turn 11. Mark Webber was more fortunate with his spin, recovering to continue the race.

As soon as the drivers were coming in for intermediates the rain began to ease off and while other drivers had to change back to hard tires, Button and Hulkenberg had dry tires originally put on at the beginning of the race, which allowed them to pull away from the others. However, because there had been too much debris on the track, officials brought out the safety car. This prevented the two leaders from increasing their lead from the rest of the grid. When the safety car pulled off, most drivers had already put new tires on and taking advantage of this, Hulkenberg passed Button before being overtaken by Hamilton on lap 49. Only four laps later, Hulkenberg tried to pass Hamilton after the finish line, and as he went around the slower Caterham of Heikki Kovalainen, he ran out of room and struck Hamilton's front left suspension. The collision put the Englishman out of the race and ruined his chance of finishing third in the world championship. Hulkenberg was issued a drive through penalty for his actions, a dubious decision for a collision, and despite carrying on he couldn't catch Button.

Massa assisted Alonso's move into second on lap 64 but the chasing Ferrari driver trailed Button by 21 seconds with seven laps to go. The Spaniard's chances of taking first and winning the world title evaporated when Force India's Paul Di Resta crashed on the last corner, bringing out the safety car for the last time on the final lap. This gave the title to Vettel but only just. The German won it by a three point margin over Alonso, with Raikkonen finishing his return season in third.

As for the rest of the grid, Webber took an impressive fourth, while Hulkenberg survived to finish in fifth. Vettel clinched the title in sixth, while Michael Schumacher (in the final race of his career) took seventh. Jean Eric Vergne was eighth, while Kamui Kobyaschi and Raikkonen took the last two point positions.

It proved to be an emotional afternoon for Alonso: "I am very proud of my team, very proud of our season," he said. "We lost the championship, we lost in Brazil and in other races but we were very unlucky. That's what this sport is about though. When you do something with your heart and you do something 100 percent, you have to be proud of your team. We will try again next year."

Vettel becomes only the third driver in Formula One history to win three world championships in a row, joining Juan Manual Fangio and Michael Schumacher. He also becomes the youngest three-time winner, breaking the record held by the great Ayrton Senna. "It is difficult to imagine what's going through my head at the moment, even I'm not sure" Vettel said. "I am full of adrenaline and if you poke me now I probably wouldn't feel it. It was an incredible race. When you get turned around at Turn Four for no reason it's like heading the wrong way down the M25! It is not the most comfortable feeling."

"I was lucky no-one hit me but the car was damaged and we lost a lot of speed, especially when it dried up. Fortunately it started to rain again and I felt so much happier. A lot of people tried to play dirty tricks [during the season], but we did not get distracted by that and kept going, and all the guys gave a big push right to the end."