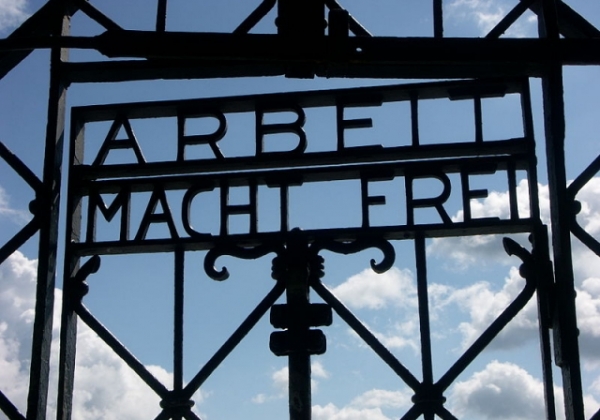 The historic main gate of the former concentration camp at Dachau was stolen in November 2014 and recovered at the end of 2016 in Norway. The perpetrators are still unknown.

Since last Thursday it is now part of the permanent exhibition of the Concentration Camp Memorial, and can be viewed in an alarm-protected display case. At the entrance of the former concentration camp, a true copy of the gate was erected in 2015 and shall not be replaced by the original out of fear it might be stolen again.

The robbery of the gate carrying the cynical inscription "Arbeit macht frei" (work sets you free) had caused a worldwide outcry due to its historical value. In 1936 the prisoners were forced to forge the entrance gate themselves by order of the SS. "You have to imagine that the prisoners saw this inscription every time they went to their work commissions or came back again." says Gabriele Hammermann, head of the memorial. For many it was a march to death.