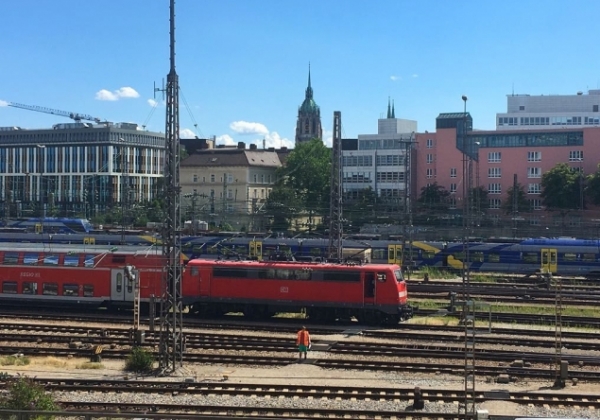 For the second - and last - time of the year, the S-Bahn Stammstrecke (main line) will be out of service due to repair and maintenance works.

The closure is starting on Friday, October 20th 2017 at 10:45pm and ending on Monday, October 23rd 2017 4.30am. The omitted S-Bahn trains between Pasing and Ostbahnhof will be replaced by buses, stopping at the usual S-Bahn stops with two exceptions: the stop at Marienplatz is shifted to Odeonsplatz and the stop at Stachus to Lenbachplatz. Signs saying "SEV" will show the way to the bus transport. Additionally, regional trains can be used between Pasing, Hauptbahnhof and Ostbahnhof.

U-Bahn und Tram lines will be operating as usual or even on a denser time frame.

In January 2017 the Deutsche Bahn announced that they are planning to concentrate the maintenance works on two weekends in the year, one in May and the other one in October, to ease the impact on passengers and costs. Previously, the necessary work took place throughout the year, rising to 230 out of 365 days recently.