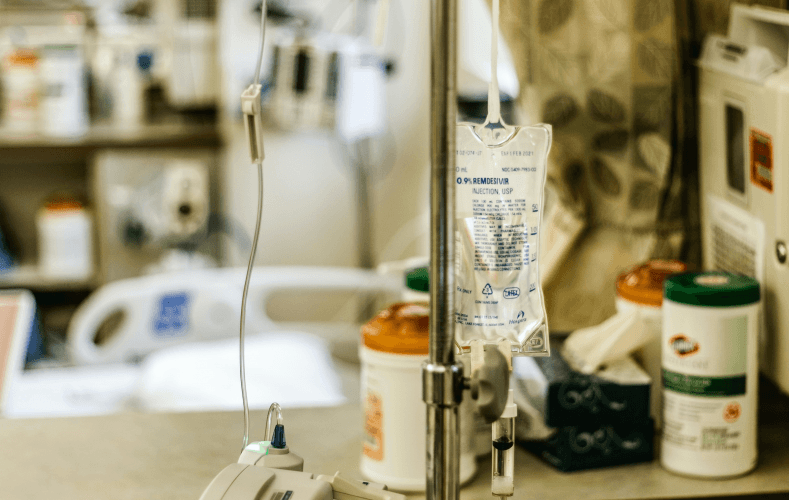 The active ingredient Remdesivir is approved in Europe for the treatment of severe cases of Covid-19 under certain conditions. The EU Commission announced the decision on July 3rd 2020.

The drug, which is produced by the US pharmaceutical company Gilead Sciences, was originally developed for the treatment of the viral disease Ebola, but was never approved for this use. Remdesivir is administered by infusion and inhibits an enzyme of the viruses that is necessary for their replication.

There were already indications that Remdesivir might be effective against corona viruses. Several studies have been published on Remdesivir, but many of them have not been able to provide evidence of its effectiveness. In May, however, an international team presented the first positive results of a study involving more than 1000 people in the New England Journal of Medicine (NEJM).

What are the benefits of Remdesivir for Covid-19 patients?

"We have shown that the drug alleviates the severe course of Covid-19 disease and shortens the disease phase by about four days," says Gerd Fätkenheuer, infectiologist at the University Hospital of Cologne, who is involved in the study. Patients taking Remdesivir had a recovery time of eleven days, compared to the control group of 15 days.

In both groups, however, people died of the coronavirus. The authors write in the NEJM that the administration of antiviral drugs alone is probably not sufficient for therapy.

Will the medication be available in Germany?

It is true that the USA has bought up a large part of the production volume of Remdesivir that was planned up to September. According to the Federal Ministry of Health Jens Spahn, Germany has secured Remdesivir stocks early on. There are currently still enough reserves.

With the approval of Remdesivir for use on the European market, there is an obligation to be able to supply an adequate quantity.

Remdesivir is distributed by the US pharmaceutical company Gilead. American and Chinese authorities have already approved the anti-virus drug for clinical trials, and studies are now also underway in Germany as part of the WHO's Solidarity Study, which is also testing other drugs for the Covid-19 disease. The Schwabing Hospital, the Klinikum rechts der Isar and the University Hospitals of Düsseldorf and Hamburg are also involved in the study.