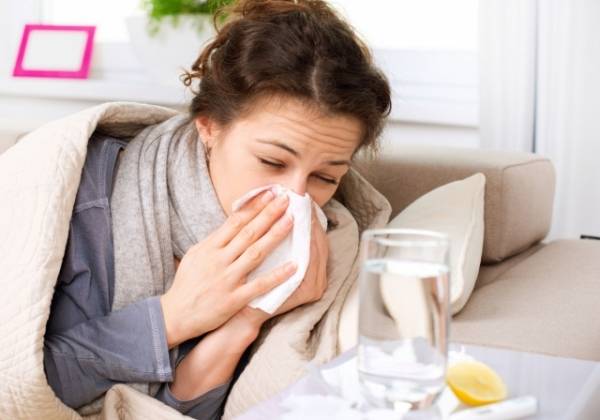 Most of us dread cold and flu season and for an unfortunate few, pneumonia is a more serious complication.

According to the World Health Organisation (worldwide statistics), influenza results in 3 to 5 million cases of severe illness each year, with about 250,000 to 500,000 deaths mainly among high-risk groups (young children, elderly or chronically ill).

Pneumonia accounts for 15 percent of all deaths for children under 5, and is among the top 10 leading causes of death in the United States for adults.

An excessive response by the body to the infection (what is called inflammation) is part of the reason why pneumonia leads to death.

The body's defense mechanism (immune system) triggers inflammation, which is beneficial in the beginning, as it helps remove the harmful bacteria or virus causing the infection.

As a part of the inflammation process, fluids and body's defense cells (white blood cells) leak out from blood vessels into the infected area.

Dr. Andrew Tan, who led an interdisciplinary team of scientists from Nanyang Technological University (NTU) Singapore, has developed a novel solution that helps to recover from influenza infection.

Li Liang, the lead author from NTU explains that, "A protein called ANGPTL4 regulates blood vessel "leakiness", which allows white blood cells to enter the lungs in order to combat the infection." "The amount of ANGPTL4 produced will increase with more imflammation", explained Dr. Tan.

However, in many cases inflammation continues even after the cause of infection has been removed, leading to a build-up of fluid in the lungs and internal bleeding.
These patients take longer to recover and it has been shown in cases with severe infections such as avian flu and SARS that the excess inflammation caused more deaths than the initial infection.

"Blocking this protein in mice suffering from pneumonia and influenza, helped them recover much faster than mice that didn't receive the treatment," said Dr. Tan. "We are able to control the natural response of inflammation, which in turn reduces the damage to the lungs. However, this treatment would be reserved for severe infection where inflammation is excessive."

Dr. Tan warns, "The development of human treatment could take up to eight years."

However, they are currently developing a 'diagnostic' kit which should be commercialised in about three years. The kit will help doctors diagnose the severity of pneumonia and effectiveness of the prescribed treatment.

When asked about other possible applications, Dr. Tan said, "We believe the treatment may be applicable to other diseases with inflammation accompanied by tissue leakiness, e.g. meningitis, tetanus, dengue fever amongst others."