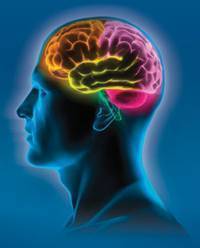 Harvard scientists have developed a new tool that could lead the way in brain imaging at a level previously thought impossible.

Professor Jeff William Lichtman, the senior author of the study, took many individual microscope images of the brain and turned them into a 3D image on a computer.

This creates a valuable map of the brain that could ultimately create a valuable resource that other scientists could use.

"Our goal was to develop an automated method for generating detailed information about the interconnections of nerve cells in volumes of brain tissue," commented Lichtman.

The study involved looking at very thinly cut sections of an adult mouse brain. The sections are gathered together on a computer and colour coded.

"The brain is mysterious in part because it has been difficult to describe the intricate details of neural circuits. This work shows all that complexity for the first time in the neocortex - the most advanced part of the brain," says Lichtman.

This study focused on examining the mouse neocortex, the part of the brain that is responsible for all sensory information from mouse whiskers, which aid in orientation and are more sensitive than our own fingertips.

This method has taken two years to develop and produces gigantic amounts of information that needs to be appropriately stored. Just one millimetre cubed of brain volume, generates around two million gigabytes of computer data.

Just imagine the sheer volume of data space required to store information on the world's most complicated biological tissue: the human brain.

Scientists are hopeful that this new imaging development might eventually aid in answering some of the most basic questions about our brains.

Who we are today and who we will become tomorrow depends so much on how the connections in our brains are made in response to our individual life experience.

There is some contention as to whether the overall cost of this study is higher than the outcome.

However, researchers are convinced that cost of the computer technology required for this study will fall in time. They also argue that no price can be too high to actually see what neurological disorders look like in the brain comparing patient to patient as well as imaging what makes the human brain so different from any other animal.

"The work is like taking the first step up a long staircase. We need to do larger volumes. We need to look at animals at different ages - both very young and old. And we need to look at brains that have some learning or behavioural disorder to better describe what is actually wrong," explains Lichtman.

There is still much more work to be done in this field but this first step is a significant leap for biological imagers worldwide.