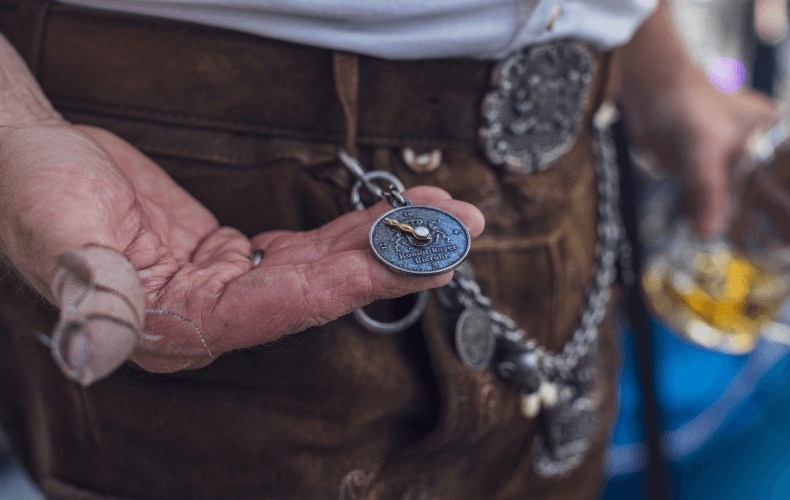 The Munich Oktoberfest and the Central Agricultural Festival on the Theresienwiese are cancelled due to Corona. This was announced today by Bavaria's Minister President Söder and Munich's Mayor Reiter. Both spoke of a painful decision.

Folk festivals - such as strong beer festivals or carnival events - have already proved to be virus hubs in the past, said Söder. That is why he agreed with Munich's Lord Mayor Dieter Reiter (SDP), that the risk of holding the Oktoberfest was simply too high. Therefore, previously considered exceptions, such as an Oktoberfest only for locals or with compulsory masks, had not been seriously discussed.

At a folk festival in a beer tent, where proximity, singing and alcohol are the order of the day, there is little serious option to think about protective masks and distance rules, Söder stressed. The Oktoberfest is visited not only by the locals but also by about 2 million foreign guests from all over the world. An "effective protection against infection" is therefore not conceivable. If left to proceed as usual, the Oktoberfest could trigger a new international wave of infection.

The simultaneously planned Central Agricultural Festival on the grounds next to the Oktoberfest is also cancelled.

Munich's mayor Dieter Reiter deeply regrets the cancellation of the Oktoberfest, which for many people is the highlight of the year.  In view of the negative economic consequences for hotels, fairground showmen, gastronomy or taxis, it was a tough decision to make. Reiter expects a total loss of sales of up to 1.3 billion euros. Now he hopes to be able to make up for the Oktoberfest 2021 all the more intensively.

It is to be expected that after the Wiesn cancellation, many other folk festivals will not take place in Bavaria this year.

The Oktoberfest has a tradition that goes back to the year 1810. Since 1948 it has been held without interruption. Before that there were some cancellations due to wars, diseases and inflation: