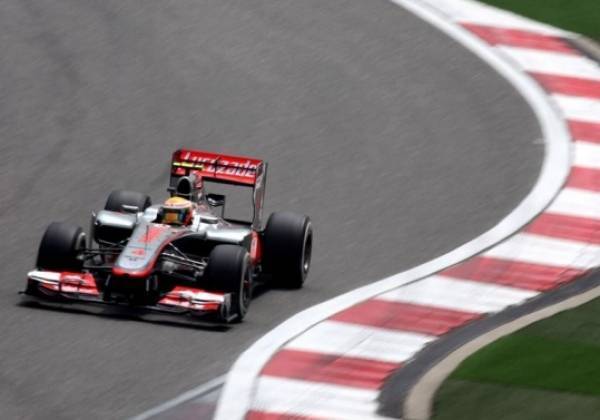 The last time the United States held a Formula 1 race was back in 2007 and Lewis Hamilton won in it in Indianapolis. This year, it may have been a different location but the result was no different. On Sunday at the inaugural race at Austin, Texas, Hamilton took the glory again, passing current Championship leader Sebastian Vettel with 14 laps to go. Fernando Alonso took third, and trails Vettel by 13 points with the final race of the 2012 season next weekend in Brazil. "I am so happy. The fans here have been great, thank you so much. I think that this has been one of the best races all year for me and my team. It is so special", stated Hamilton afterwards.

Vettel got off to a clean start at the beginning of the race, with no incidents going uphill into the infamous turn one. The German managed to increase his lead early on and by the ninth lap it was just over two seconds. By the tenth, Hamilton had overtaken Mark Webber, and began to chase down Vettel for the lead. Frenchman Jean-Eric Vergne became the first retirement of the race as his Toro Rosso encountered suspension trouble and had to retire on lap 16. Webber was the final retirement of the day as the Australian developed an alternator failure on his Red Bull.

From then on, It was a battle between Hamilton and Vettel and the British driver had reduced the gap to just 2.6 seconds by lap 20. Hamilton edged closer and closer and on lap 42, caught Vettel down the back straightaway, utilizing his DRS system, passing the two time world champion for good. Although Vettel tried to challenge for the last laps of the race, his time was identical to Hamilton's and he just couldn't stop the high-flying Brit. With Alonso finishing in third, Red Bull clinched the constructor's world championship, but Vettel will have to go to Brazil 13 points ahead of the Spaniard, knowing everything is still possible.

Despite losing the team title, Ferrari's Felipe Massa finished in fourth, while Jenson Button was fifth. The Lotus pair of Kimi Raikkonen and Romain Grosjean were sixth and seventh respectively. Nico Hulkenberg was eighth, while the Williams pair of Pastor Maldanado and Bruno Senna rounded out the top ten. Hamilton was thrilled, and considering that he will move on to Mercedes next year, his belief that this victory was long in coming is all the more astounding. "It has been a long time since a win and I am grateful for all the support that we have had", he concluded.

All eyes turn to Brazil on the 25th of November for what will be a dramatic final race of the season.