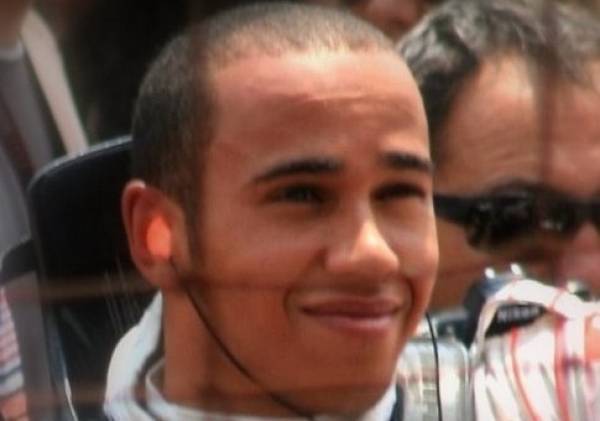 Hamilton, who started from pole, took charge of affairs right from the beginning as Felipe Massa challenged the Englishman at the first turn but failed to overtake, while Alonso moved quickly up from 10th to sixth within one lap. The race was clean until lap nine when Frenchman Jean-Eric Vergne's Toro Rosso stuffed his suspension at the end of the start finish line and launched into the grass. Massa's hopes of winning were dashed on lap 19 as Button passed the Brazilian and to compound matters, the Ferrari began to experience telemetry problems. Hamilton only managed to lose his lead once in the race, as Perez's first pit stop was late and the Mexican enjoyed a brief time in front to give team Sauber their first lead in a race in quite some time.

Sebastian Vettel caused a stir on lap 29 as the defending world champion pulled his Red Bull too far over to cut Alonso off at 'Curve Grande', as the Spaniard was attempting to pass. Vettel suffered a drive through penalty but it did not matter as he retired on lap 48 with an alternator failure.

With ten laps to go, Hamilton held a 12 second lead over Alonso, but it was Perez who started accelerating his Sauber to pass Massa for third, and with six laps to go, overtook Alonso to trail Hamilton by only 9.4 seconds. But as Perez kept chopping time off Hamilton, the race ran out of laps, and Hamilton's victory now launches him into second place in the world championship standings, with Kimi Raikkonen in third ahead of both Vettel and Mark Webber.

Hamilton meanwhile cherished the moment at this legendary track. A happy Hamilton said: "It's a fantastic win in front of the best crowd. I'm happy for the team. It's been the best day."