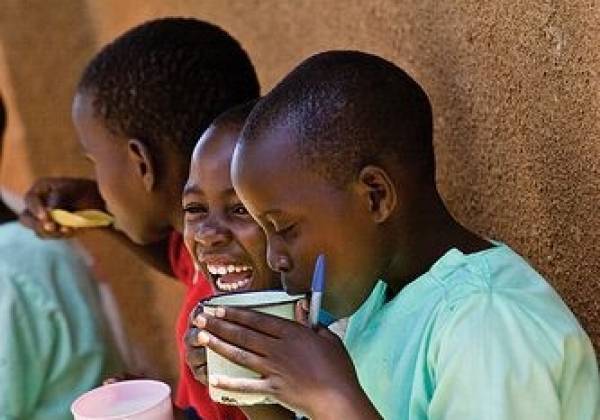 The WHO estimates that 214 million cases of malaria were reported worldwide in 2015, mostly in Africa (88%), South-East Asia (10%) and the Eastern Mediterranean Region (2%).

Malaria is caused by a parasite called Plasmodium, which has an intricate vital cycle that involves two different hosts to reproduce.

One of the development stages of the parasite happens in a mosquito, and the other within a vertebrate animal. The Plasmodium travels from its first host to its second when the animal -which can be a human- is bitten by an infected mosquito carrying the parasite.

Inside the body, the parasite goes to the liver where it morphs and replicates. After a few days, the parasite's offsprings return to the blood and infect red cells. This is called the 'blood stage' of the disease. The cycle is closed if that sick person is bitten again and the Plasmodium enters another mosquito.

Initial symptoms at the blood stage are flu-like; however, if the immune system is unable to stop the infection at this point, parasites hijack more and more red cells. Infected cells cannot circulate freely; instead they clog the vessels so the oxygen is prevented from reaching vital organs.

Thus malarial disease can show different levels of clinical importance from uncomplicated to a severe form that may be life-threatening and involves kidney failure, severe anemia, neurologic abnormalities, seizures or coma. The reason for this variable severity among individuals remains unknown.

Researchers from the Universities of Knoxville and Louisville performed a comprehensive examination of gut bacteria from different lineages of mice. These lineages were obtained from different sources and showed dissimilar bacterial communities.

Despite the fact that all mice had similar genetic background and susceptibility to be infected, some lineages were more vulnerable to the severe form of the disease. As a result, scientists classified them into 'susceptible' or 'resistant' mice.

Then the researchers performed bacterial transplants from resistant or susceptible mice to a germfree lineage. As expected, the acquired microbiome changed their survival expectation similar to the prospects of the donor lineage.

In order to characterize the make-up of the microbiome, bacterial communities were collected from gastrointestinal tracts and scrutinized. Some species were found to be particularly abundant in the microbiome of resistant mice. These bacteria were fed in the form of probiotic yogurt to some of the infected mice to see if they could provide some symptomatic relief. Interestingly, this dietary plan proved to have a modest effect on reducing morbility symptoms, such as weight loss.

These findings demonstrate the ability of microbiome to modulate Plasmodium progression and improve prognosis. However, they also indicate that having a particular microbiome may be a risk factor to develop severe malaria.

Furthermore, resistant mice develop an intense immune response and produce specific protective antibodies. Dr. Nathan Schmidt, senior researcher involved in the study, says: "Production of antibodies is required to clear the blood stage of this parasitic infection. We believe that antibodies produced in response to the gut microbiome are cross reactive with the parasite or maybe bacteria provide signals that enhance the parasite-specific immune response".

The outcome is particularly compelling as it adds to previous studies suggesting that the microbiome could impact the risk of infection and transmission of this disease.

"One of the exciting findings in this report is that the collection of microbes in the gut can also have a profound impact on the severity of malaria," Dr Schmidt remarks.

Dr Schmidt declares: "At this point, I believe we are very far from using these results as a novel therapeutics in humans. We first need to corroborate our results in humans and then identify the responsible microbes causing this effect".

Nevertheless, if confirmed, it would signify an affordable approach to relieve malaria lethality in the future.